So Who Cares About The Emmy Awards? 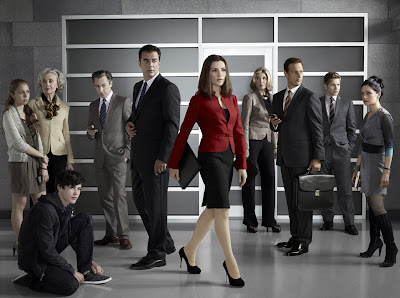 Here are my predictions for Sunday night's Emmy Awards. As I think this out i see few of the Top Ten U.S. shows are listed. Instead a lot of shows from cable weblets few people watch seem oce again to be dominating the nominations.
For Outstanding U.S. Comedy Series it just has to be Modern Family. I'm thinking the only other contender is the Office which is losing Steve Carell.
For Outstanding Drama Series I'd pick Friday Night Lights which has been consistently ignored by Emmy over the years and has finished its run.
Best Supporting Drama Actor should be John Slattery (Mad Men) because it was his best season.
Best Supporting Drama Actress should be Kelly Macdonald (Boardwalk Empire) although Christine Baranski (Good Wife) is right up there.
Best Drama Actor should be Kyle Chandler (FNL) although Steve Buscemi (Boardwalk Empire) is a close contender.
Best Drama Actress should be Kathy Bates (Harry's Law) but probably Juliana Margulies (Good Wife) will win.
Best Comedy Actress should be Amy Poehler (Parks And Recreation) but some sources say it's Laura Linney (The Big C).
Best Comedy Actor should be Steve Carell (The Office) just because he's leaving after a great run.
Best Comedy Actor should be Ed O'Neill (Modern Family) --he wasn't even nominated last year.
Best Supporting Comedy Actress should be Jane Lynch (Glee)--I see no other contenders.
So do you agree with me or not?
Posted by james bawden at 11:57 PM