So here I am at Sunday Brunch on the Danforth with three of my very best sources in the Canadian TV business: a veteran actress, a reliable publicist and one of the most prolific TV producers in the business.
ME: I believe we're witnessing the dismantling of the Canadian TV business.
PRODUCER: Oh, you're so right. Ratings are in decline as everyone stampedes to Netflix which has no Canadian content requirements. That means there are incentives for local broadcasters to drop their requirements as well. So both Rogers and Shaw have shuttered their local community channels. And I'm hearing they want the CRTC to drop all Canadian content requirements for next season.
ACTRESS: The irony is is we're in a bit of a boomlet for Canadian TV dramas. I thought Frances Drake was very watchable and I also like CTV's midseason series Cardinal.  There's always Murdoch Mysteries. Despite all the impediments quality Canadian dramas still appear. But I say "More please!"
'PUBLICIST: One problem is the decline of print outlets to advertise our wares. TV critic Bill Harris of The Toronto Sun was eased into retirement --but for years he was forbidden to write up quality Canadian documentaries.
ACTRESS: There's a lot of work here --many American TV series shoot here as well as U.S. movies and they always treat us well.
ME: What's the biggest failure of Canadian TV right now?
ACTRESS: The failure of never having afternoon Canadian soaps. I see you're laughing but it is a great training ground for younger talent.  We did have Riverdale for a few years but it should have run daily --that was needed to pick up viewers. But it's far cheaper for Canadian networks to buy U.S. soaps at dirt cheap prices.
ME: So far I'm not at all a fan of the new, revamped CBC National news.
PRODUCER: It's a disaster. A bunch of very nice people sitting around chatting. That went out with the advent of CNN which uses panels of critics barking at each other. But CBC doesn't want to provoke controversy so this soft sell approach is used. And ratings have plunged.
PUBLICIST: I'm so old I remember when CBC-TV's dictionary definition of a hit was 1.5 million viewers. Some nights The National is down to under 300,000. For the whole nation!
ME: Did you know at one time CBC wanted to cancel the venerable series The Nature Of Things--on its 50th anniversary--but at the last moment the Corp thought again and reversed that. And NOT is one of the diamonds of the CBC's current shaky weekly programming .
ACTRESS: I get roles in big U.S. movies shot here but I'm always in the background--and I'm always asked why I never went to Hollywood. Well, I did several times, had a few gigs and it gave me an instant cachet with Canadian producers once I came home. Yes, it's very colonial but I got work here because I'd worked there.
PRODUCER:I notice in Britain there are a million disconnects every year as people ditch the TV set tax they pay there and stampede to Netflix and I can see that tipping point starting here today as more viewers just click out Canadian TV and turn to Netflix which has no Canadian shows most of the time.
BAWDEN: I was surprised talking to a Grade 6 class across the street that although they appeared ultra bright they had little knowledge of Canadian history. This year the Brits have given us Darkest Hour and Dunkirk. No such movies exist for Canadian kids to digest.
ACTRESS: I recently suggested CBC revive Front Page Challenge with modern personalities and I was laughed at. But look at the History Channel! Where are the Canadian stories?
ME: People used to ask me if any Canadian TV series spawned foreign shows. And I'd say The Plouffes actually pawned the short lived Viva Valdez on U.S. TV. But now there's an American version of Love It Or Leave It and now there's a U.S. version as well. And the Canadian HGTV series Property Virgins also moved to the U.S.
PRODUCER: Being so close to the U.S. has its disadvantages. My dad bought one of the first TV sets in 1950 in Etobicoke and the antenna was tuned to the Buffalo stations as CBC didn't even some on until 1952. We in Canada lost the TV wars even before we had TV.
ME: When I did a story on Juliette she sent me a stuffed white rat she named :Jim:"--she hated the story. But CBC decided she was getting too big and they had a no-stars policy so they cancelled her for a folksinger.
ME: But Margaret Atwood is the new great nobelist getting TV exposure.
PRODUCER: And more power to her. There have been two TV versions of Jalna --both bombs. I'd like to see more Atwood but also Mazo de la Roche!
ACTRESS: Now that we've solved what ails with Canadian TV let's order desert!


Posted by james bawden at 8:25 PM No comments: 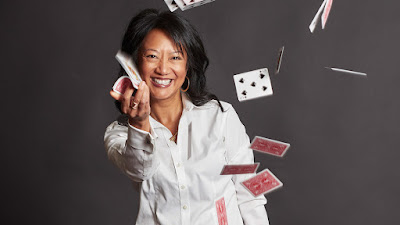 Posted by james bawden at 12:46 AM No comments: