Scott McGillivray Is Back With Income Property 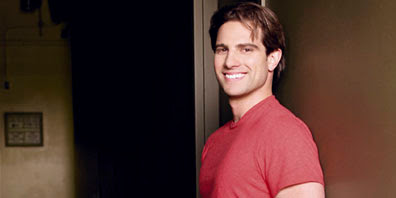 How do I know the Toronto made Income Property is just about the hottest series currently on HGTV?
Because host/star Scott McGillivray is on the phone telling me that the series has just been picked up for two new seasons (6 and 7).
"And that happened just as we finished Season 5 so that's a vote of confidence."
The fifth season actually debuts on HGTV Thurs. Sept. 8 at 9 p.m. --a new day and time befitting a top rated Canadian cable series.
"We're no longer a new show so things are going to change somewhat this season,"McGillivray promises.
"Big news is we're getting out of the basement. We'll be moving to renovating entire houses as income property --that seemed the way to go."
And with 65 episodes in the can McGillivray's partners can now start selling the show in such markets as Great Britain.
"British TV, they want a lot of episodes, other places we started selling with our first order of 13. So 65 episodes is a big step forward."
A lot of HGTV product needs such refreshening. Some of the more familiar titles have been around for awhile and there's a sameness to the product that inevitably creeps in.
"We're looser in front of the camera, we have some funny moments,"he explains. In earlier segment he often seemed a bit uncertain and that occurred when the series was evolving. These new episodes highlight a more relaxed, genial host who obviously enjoys what he does.
"Some change is good, positive but too much might drive away dedicated fans, that's what I feel anyhow. But with success comes a certain freedom to play a bit with the format."
Indeed in the first new show music gets added to the mix in the demolition segment --what emerges is a sort of fractured rock video.
"I didn't want to tackle the same solutions every week. We still deal with people in emergency situations who desperately need help or they could lose their homes.
"We'll always be about helping."
McGillivray, 33, protests he's still the same guy who went into the series. "Probably I was too trusting, that's all"
He's referring to the lady customer who figured his TV work had made him pretty wealthy and sat in a chair watching as his crew attempted to renovate her home --she demanded something like $70,000 in additional insulation and the experience, he says, was the siole negative experience of TV making.
When I tell him I got a huge number of comments about the feature I wrote on him last year he seems to brighten up.
And I'm still getting comments. I read one received the other day:
"I love Scott and His Show. He has taught me so much about home design. I would like to use his designer on the beach penthouse in Boa Raton. I want them to decorate the 5,000sq ft on the 28th floor."
So what about it, Scott? Interested in branching out from just Toronto?
MacGillivray chortles and says send him the em-ail address.
In fact one of his ventures is as a landlord --he currently owns and/or renovates 20 properties in Toronto but has been slowly converting to U.S. properties.
"In 33 states there are laws encouraging the buying of heavily discounted properties. So I've reduced my Canadian properties by about 50 per cent."
And another correspondent mentioned she'd once eaten in a restaurant he managed and owned in Burlington.
So what kind of food did you serve?
"Mediterranean."
And why did it go under.
"It seems to be the fate of most restaurants these days. They only last six months and then another becomes faddish."
And did you ever think had it succeeded you might have wound up as a host on Food Network instead of HGTV?
"Not really." But he's chuckling.
I ask McGillivray if the burden of being so famous means people can be bothersome on occasion.
"No, not really. The fans are generally great, they like to chat and if I didn't like this I'd be doing something else."
THE FIFTH SEASON OF INCOME PROPERTY DEBUTS ON HGTV THURS. SEPt. 8 AT 9 P.M.
Posted by james bawden at 11:23 PM