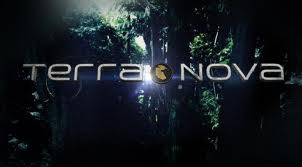 Some things just don't mix.
Like Steven Spielberg and American TV.
Way back in 1984 the world's most successful movie director (in box office terms) decided he'd conquer TV in the form of an ultra expensive series Amazing Stories which he made for NBC.
The drumbeat of publicity was so huge that CBS got scared and suddenly imported Angela Lansbury into its fall preview sessions with visiting TV critics held that year in Phoenix.
Because Spielberg was confident he'd take Lansbury's time slot away from her --Sunday nights at 8 p.m.
But he couldn't budge Lansbury and her series Murder She Wrote,
Because Lansbury had a character viewers took to and wanted to watch week safter week.
And while some of Spielberg's episodes were OK others were just a little too precious for the vast TV audience.
And NBC blinked and twice moved the show in its second season before finally canceling the whole misjudged experiment.
It took almost a decade but an unbowed Spielberg was at it again with the simply silly sci fi show SeaQuest DSV which ran for two shaky seasons on NBC starting in 1993.
Once again the special effects were supreme and the story lines so dorky assembled TV critics laughed in all the wrong places at the special preview.
And once again the show flopped in the ratings --and what was the CBS series that sank this leaky vessel?
You guessed it --once again it was Murder She Wrote with Angela Lansbury.
Spielberg must be happy that his third series encounter comes after Lansbury's retirement from series TV work.
Instead of actors to basically deal with Spielberg has his computer generated dinosaurs --at least they won't talk back.
I never heard of a family sitting around the TV set to watch the special effects.
the story line here is so rudimentary it makes the screenplay Avatar look like Pulitzer Prize material.
The premise borrows liberally from that old hit Lost In Space and adds a mixture of Lost.
I remember interviewing the star Jason O'Mara when he was in Toronto promoting an earlier flop series In Justice (actually it was pretty good dramatically). He then made another flop, the U.S. version of Life On Mars.
Every nuance on Terra Nova gets telegraphed with such obvious dialogue that watching made me squirm at times.
And so much dough was tossed at the two-hour premiere I'm betting subsequent hours will not be half as dinosaur friendly.
Posted by james bawden at 9:20 PM