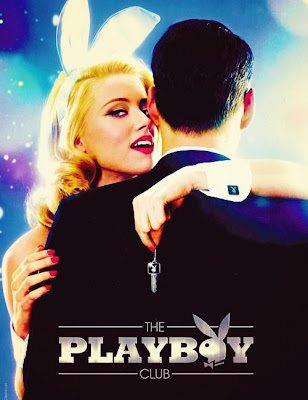 Some of the brightest new series are already on life support.
NBC's Playboy Club is a huge stinker but NBC doesn't have anything else waiting in the bull pen so this one might simply sink slowly over the next month or so.
Playboy Club comes across as a particularly bad reworking of Mad Men.
Also dead is NBC's comedy Free Agents but again it's a case of nothing available as a back up.
That excellent drama Harry's Law is already in trouble I've been told. and may be moved to another night.
Law & Order: SVU was third in its time slot first week back and NBC sources confirm this is its final season.
But The Office held up well with a new boss which is good news for NBC.
Three CBS vets How I Met Your Mother, NCIS and NCIS:LA all bounced back with higher ratings than last season. Go figure.
And the huge numbers for Two And A Half Men was astonishing --but how many viewers will tune in for the second new episode?
Huge expectations were dashed when The X Factor limped forth with extremely anemic ratings. But Night Two held on to almost all of the original viewers.
My conclusion? Simon Cowell's schtick is getting tougher to stomach.
But this is one reality series that's very expensive to make and probably can't long continue after one season.
Young viewers weren't having anything to do with Charlie's Angels which is a very ineptly made show any way you look at it.
But oldies can be golden: Ted Danson was very low keyed but effective on the revamped CSI and guarantees this venerable show at least one more full season, perhaps even two.
And Hawaii FIVE-0 debuted for its second season behind Castle meaning brand awareness doesn't sell if the product in this case is so humdrum.
I'm told the mood at CBC was one of astonishment that the ambitious new comedy series Michael got creamed by The X Family
and quickly repositioned the show to Tuesdays.
But why did CBC open its big shows against such juggernauts as the Emmy Awards and with minimal publicity?
Posted by james bawden at 2:54 PM