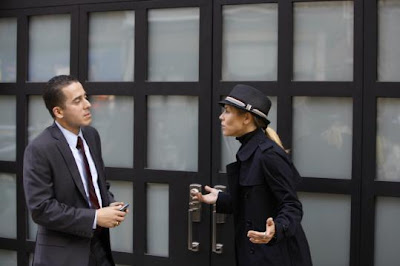 Why would NBC do it?
Remake that near perfect British series Prime suspect, I mean.
Yes, I know that way back when such successful American shows from All In The Family to Sanford And Son to Three's Company were remakes of Brit hits.
But in those long ago days American TV viewers had no chance to view the originals.
Since then the going has been tough.
Consider the fate of the U.S. version of Cracker which came and went faster than you can say "ratings bomb".
The British version(1993-96) was superb with Robbie Coltrane as the flawed but brilliant sleuth.
The American version (1996-97) lasted 16 hours and starred the fine actor Robert Pastorelli but we'd all seen the original and anything that was diluted just wasn't going to make it.
Then there was the U.S. version of Life On Mars which lasted 17 episodes in 2008 and 2009.
Again it was mostly a failure --we'd seen it all done so much better by the BBC in the original.
And right now I'm re-sampling Prime Suspect which vaulted Helen Mirren to the top of favorite actresses of the time. The originals ran over many weeks as Det. Inspector Jane Tennison tried to solve very complicated murders. As a commentary on the underbelly of contemporary British society this was tops.
The new version stars Maria Bello, an actress I've admired in the past.
Here she's given a new names (Jane Timony) and a boss who's as strong as she is (Aidan Quinn).
OK, so she's brilliant. Resolute. But she's also unsympathetic, hard boiled in the least appealing sort of way. We can't root for her. She wouldn't want us to.
The discrimination she suffers from male colleagues is brutal. But I would have thought that kind of behavior went out at least a decade ago.
Story lines are solved too patly here, everything is rushed. On the original the crime was analyzed and explored over a month's worth of episodes.
The show is jam packed with talent. Toby Stephens (his mom is Dame Maggie Smith) plays her live-in boyfriend but he has very little to do. One scene does stand out as Jane negotiates visitation rights for his son with the ex-wife during a restaurant encounter.
All the darkness of the original has vanished. What emerges is a well made police show but one that too often invites invidious comparisons with the Helen Mirren version.
Maybe NBC should have used a new name for the series as well as the character.
Thursday nights has been CBS's domain in recent years and I can't see it changing this season out.
However, others are saying I'm wrong. Global TV's head Barb Williams predicted this would be the breakout series of the season during the fall TV press event.
But on U.S. network TV it doesn't matter how great the show is if people are watching the opposition.
And PS's opposition is formidable: CBS's top-rated The Mentalist and NBC's still popular Grey's Anatomy.
PRIME SUSPECT PREMIERES ON NBC AND GLOBAL THURSD. SEPT. 22 AT 10 P.M.
MY RATING: **1/2.
Posted by james bawden at 9:21 PM