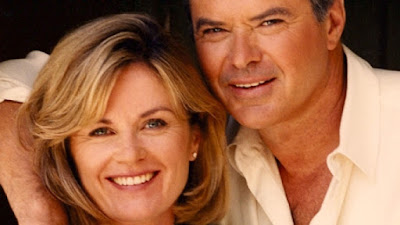 Posted by james bawden at 2:07 AM No comments: 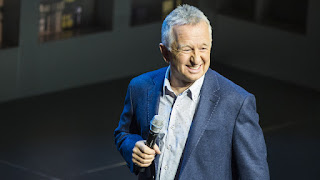 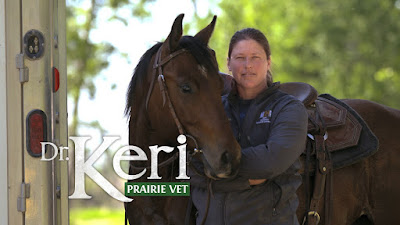 What's the hottest trend in TV Reality shows these days?
I say it's the slew of series focused on friendly but helpful vets.
It all started with National Geographic's The Incredible Dr. POl which stars a seventysomething  vet way out in the Wisconsin countryside.
Then there's the one I like titled Dr. Oakley, Yukon Vet.
And there's one on an Aussie group of vets I've recently  been watching on CBC.
And then there's one on a female vet who specializes in exotic a:Dr. K's Exotic Animal ER.
But I'll still have time in my viewing schedule for Dr. Keri: Prairie Vet which premieres Sunday night at 9 on Animal Planet.
This vet is Canadian and she practices out on the lone prairie in Ashern Manitoba.
I talked to her on the phone the other night --she rang in after a typically hectic day and she's not at all sure she wants to be a TV star.
But she has the personality and the way she carefully explains each procedure makes the show highly watchable.
She also seems to care about each and every patient and that's highly important.
These kind of shows can't be set up in advance --we first see Dr. Keri answering the phone at 3:30 a.m. as a distraught farmer says a heiffer is experiencing poroblems in labor.
DR. Keri Hudson travels in a mobile fashion and she's soon at the farm helping induce labor to save the calf and her mother.
Excellent camerawork helps drive the dramatic tension --obviously one can't as the animal participants for a second take.
Dr. Keri mentions she inherited her talents from her dad, also a vet.
And she lives with husband Calvin on a 600-head cattle ranch so she's in the thick of it always.
Her high-tech mobile clinic is shown to advantage in another segment where a gruff little dog has eaten chocolate and seems out of it --she explains what is probably happening and gets to work saving another life.
We get to know the farmers in the area as well as the animals and they all seem taken with her skills.
And as far as Canadian content goes this is right up there with the best of family TV viewing.
Winnipeg's Merit Pictures made this one --another recent Merit production I admired was Beyond The Spectrum: A Family's Year Confronting Autism.
Dr. Keri shows there's room for another Canadian vet on the Canadian landscape.
"I thought of it as an adventure," she says of her newfound TV experience. "I think it rings true because vets are always on call. Ashern is a small community so I have to do a little bit of everything. And there is no down time believe me."
If the series gets a second season pickup Dr. Keri says "I'm looking forward to it. Nothing much was planned --that's the nature of the job you see."
Looks like the Incredible Dr. Pol will have even more TV competition in the future.
DR. KERI PRAIRIE VET PREMIERES ON ANIMAL PLANET SUNDAY AT 9 P.M.
MY RATING: ***1/2.

Posted by james bawden at 10:38 PM No comments: