CBC's Nature Of Things Is Back With A Bang 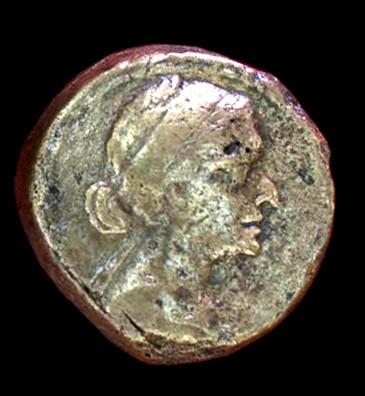 I well remember the time a CBC head of production told me on the eve of The Nature Of Things's 50th anniversary he was going to cancel the venerable show at season's end.

When I duly reported such nonsense all heck burst forth and that decision was quickly rescinded.

And now? Nature Of Things continues and prospers and this Friday's production titled Searching For  Cleopatara is one of its best in recent seasons.

This hour has a bit of everything: some snippets from very bad Cleopatra movies to the exciting unearthing of an unknown tomb located perhaps in the monument where Cleopatra herself may have been buried.

Can I add  here by stating when I interviewed Claudette Colbert in 1984 (she was 81 and making her only TV miniseries) she confessed how totally frightened she was of snakes when working with Cecil B. DeMille on the suicide scene in. his production of Cleopatra.  This hour promptly disposes of most of the Cleopatra myth: she was actually Greek from the Ptolmey line.

But was she as ravishing a beauty as Elizabeth Taylor? Rare golden coins unearthed near a possible burial site suggest she had quite a nose.  And we're told fairly early on that the queen's actual burial site has yet to be discovered.

One current site that has some prospect is the "City of the Dead" located just outside the city of Alexandria. There's quite some excitement as one tomb gets discovered and two bodies are found, one of them in surprisingly decent condition.

"But this is not the queen." executive producer Alan Handel is telling me on the phone. "Not grand enough but perhaps indicative of other burials nearby. The archeologists are getting closer."

To humanize the story the events are seen through the enthusiastic comments of Kathleen Martinez who has made discovering the queen's tomb almost an obsession. She's aided by British Egyptologist Joyce Tyldesley and we share their enthusiasms every time another artifact is discovered.

What emerges is a portrait of a queen who reigned over some seven million subjects right into what is now Syria and was skilled at survival techniques, We learn there was a tsunami in  365 AD which may gave scattered some precious artifacts over a considerable distance and hindered the current quest for her grave.

What emerges is far more exciting than any Claudette Colbert or Elizabeth Taylor epic.

Handel tells me there are various lengths for foreign sales--he has turned it into an historical mystery, beautifully shot and tightly edited, in short another big hit for a venerable CBC  TV series still filled with surprises. Made by Rezolution Pictures and Handel Productions (written and directed by Susan Teskey and Rosalind Bain).

SEARXHING FOR CLEOPATRA PREMIERES ON CBC-TV'S THE NATURE OF THINGS FRIDAY JANUARY 8 AT  9  P.M.

Posted by james bawden at 7:08 PM No comments: