The Two Versions Of Melrose Place 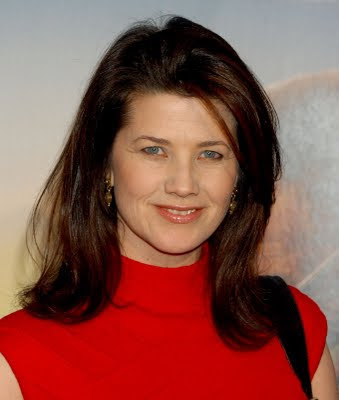 Like another prime time soap of that era, Melrose Place was two different shows.
The first version was rather sedate and had a bunch of nice twentysomethings struggling to make it in those dingy but rather coolish apartments.
That version quickly bombed and TV's supreme schlockmeister Aaron Spelling went for the down and dirty in a deliberately dumbed down revamp that imported Heather Locklear from Dynasty.
Tarted up, it was something of a hit for the Fox weblet and it's this version that provides inspiration for the remake.
I tried watching just a bit of it but really what a stinker. Katie Cassidy is the new bitch in tresidence and she's also bisexual --is this progress or what?
I just happen to have been dragged kicking and screaming to the original set in 1992. I quickly escaped to go antique shopping on the real Melrose Avenue.
But I grant there were some fine actors lost in that compendium of corn.
A few of them are still working but no real super stars emerged -- nothing to rival Farrah fever in Charlie's Angels..
So why revive MP which was never a Top 10 hit to begin with?
Well, it supposedly worked for the ailing CW on the revival of Beverly Hills 90210 but honestly I've never met anybody who says it is their favorite show. Have you?
Why not revive some of the truly fine shows of the past like The Paper Chase, East Side West Side or Harry-O? Oh, that would cost too much money.
As TV ratings slip cheap shows like MP are revived. And yet the bad dialogue seems particularly coarse after sampling such brilliant current fare as Mad Men or Dexter.
TV has moved on but not the CW still trying to peddle the stale old formulas of yesteryear.
There are poignant cameos from the original stars some of whom who seem strapped for work these days. There's always a reality outing, I guess. But you know I thought Daphne Zuniga had something that would pilot her forward.
But then this version sports Ashlee Simpson who has two expressions and both of them are distinctly unappealing.
Posted by james bawden at 1:52 AM