A New Season For Little Mosque 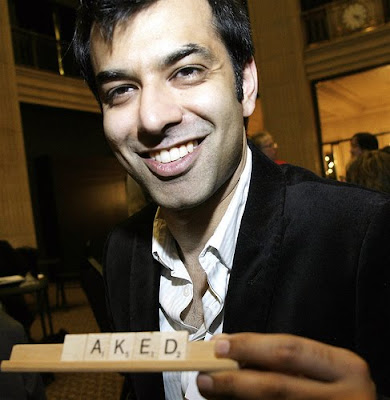 Let's see, I was on the Toronto set of Little Mosque On The Prairie a month before it actually premiered on CBC-TV.
I remember that day well because creator Zarqa Nawaz had just concluded via satellite TV an interview with TV right winger Glen Beck that wound up with Beck being awfully nice to this talented writer-producer.
The most daring thing about this charming little sitcom was always its name.
Deep down it's alaways been a saga of love thy neighbours even if they are darker and of a different religion than you.
The unexpected success of LHOTP was a welcome boon to CBC-TV and all of a sudden the sprightly comedy is about to launch its fourth season. Time sure flies for successful series.
Me? I thought the third year flagged a bit and became a tad complaisant and self-congratulatory.
But I'm happen to report cast and writers thought so. too.
A little creative tinkering never hurt a show. And if Little Mosque's ratings no longer hit the million mark that was to be expected in the 300-channel TV universe of today.
"Changes are being made," reports Zaib Shaikh who plays Iman Amaar, the Toronto-bred lawyer who gave it all up for his religion.
"More comedy tension was needed so the premise is getting opened up."
The trick is to make enough changes to attract new viewers but not damage the core fans.
And so talented and very tall Brandon Firla (Billable Hours) is being imported as the new Anglican minister in Mercy, Saskatchewan.
"Is he manipulative?" chuckles Firla. "Very much so but in a broad comedy way."
First off the new reverend is shocked to find the dwindling band of parishioners sharing quarters with a flock of Muslims.
In Billable Hours the contrast between Firla and co-star Fab Fillippo who is short was part of the fun. And here Shaikh always seems to be looking up at the minister.
This season Shaikh reports the sitcom has 18 episodes and thus escaped the ruthless paring of episodes on other CBC series.
When Rev. Thorne arrives he asks how far it is into the town of Mercy?
"This is the town," says the Iman (Shaikh).
And later the reverend says "I just love our little brown Muslims" with great condescension. He plands every trick to evict them.
Shaikh says his TV presence helps boost his other life as a stage actor and director. Some fans remember him from the OMNI serial Metropia which is still running late nights and gave him the most ever exposure --all the cast had nude scenes.
At the CBC TV launch I also saw other cast regulars Sheila McCarthy, Carlo Rota and Debra McGrath who is noticeably missing from the last season of Paradise Falls.
In LMOTP's first new episode Jayne Eastwood is the guest star as a busy body who serves treats to the Muslims who praise the taste but spit out the contents when she says it's the lard she uses in each cookie.
So yes, Little Mosque, is back as irreverent as usual.
LMOTP's fourth season debuts on CBC-TV Monday night Sept. 28 at 8:30 P.M.
Posted by james bawden at 11:58 PM