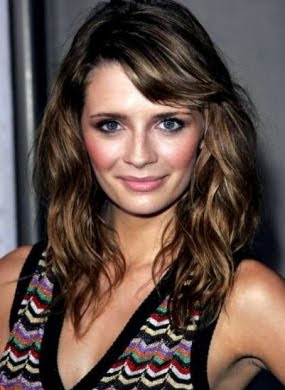 And my annual Stinker Of The Year award goes to --The Beautiful Life which turned out not to be beautiful at all but actually quite squalid.
The CW has confirmed production shut down Friday of the hourlong new drama making it the first of the new TV season to get the axe. On its second and final night TBL notched just 1.1 million viewers for the entire U.S.A.
Based on Ashton Kutcher's experiences as a model, it was made by CBS Studios and starred Mischa Barton, Corbin Bleu, Benjamin Hollingswoth and Elle MacPherson.
Barton had been receiving bad publicity for months including a public breakdown in L.A. she blamed on a rotting wisdom tooth and scary appearances on the set where her beauty was not to be seen at all.
The former star of The O.C. wasn't forceful enough in her role and looked perpetually dazed.
And in related news A&E has cancelled the series The Cleaner with Benjamin Bratt after two seasons of so-so ratings.
Posted by james bawden at 10:01 PM