Back For A Seventh Season 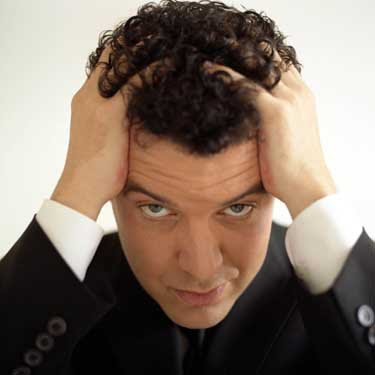 Had a chance to chat up Rick Mercer at the CBC fall launch weeks ago. Mercer returns for his seventh season on CBC. Unlike RCAF which unceremoniously got the boot because its audience was considered too mature, Mercer's ratings which hover just under 1 million weekly are high among the twentysomethings CBC needs to attract sponsors.
But the question remains how long Mercer will stick with this show after walking away from his first two --This Hour Has 30 Minutes and Made In Canada.
So far he reports he isn't bored. "Maybe it's the opposite. With Made In Canada the challenge was in writing the scripts and I still do have nightmares about that process. Here the challenge is to react to the headlines and get out and do the show on the road every week. Physically this one is very strenuous.
And he's thinking about the segments already filmed including an arduous bout of bungee jumping with Rick Hanson.
"That's right he's in a wheelchair and we dangle over a precipice. It was --scarey."
Mercer is also scheduled to visit Mississauga's feisty mayor Hazel McCallion and join Simon Fraser University's Frosh Week celebrations. But most of the rest of the season isn't firm as yet because he likes to react to the headlines.
Also returning is This Hour has 22 Minutes with Geri Hall, Gavin Crawford, last original Cathy Jones and Kathleen Phillips.
Rick Mercer returns to CBC Tuesday night at 8 with This Hour Has 22 Minutes at 8:30 and the second installment of Being Erica at 9. Got that?
Posted by james bawden at 11:10 AM