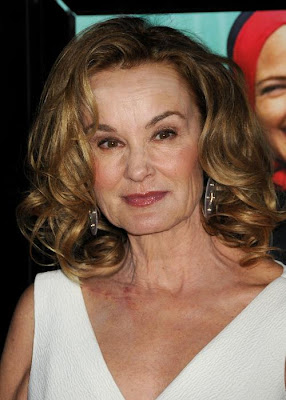 I tried watching every last minute of the incredibly dull Emmy Awards Sunday night, I really did.
But it was very hard, let me tell ya.
After all an awards show is an awards show is an awards show. Nothing happens but speechifying
And the presence of funny Neil Patrick Harris didn't really help that much. I mean the speeches were of the Dale Carenegie type.
And lert's face it Emmy's glow is rather tarnished. Series win awards after being cancelled --the award has no clout unlike an Oscar which usually means more money in the bank.
There were eerie reminders that the TV universe is changing. Neil promised at the end that Emmy would be back on broadcast TV next year. Wanna bet?
And Julia Louis-Dreyfus said viewers were witnessing "the last official year of broadcast TV." Maybe she was right. Ratings have been plunging.
But I know I'm not the only one who noticed that just after a dazzling new episode of Mad Men was over on AMC that darned series won yet another Emmy as best series of the year.
Yet readers of this electronic column keep telling me they can't see it since CTV cancelled the Canadian rights (not everybody up here is as lucky as me to get AMC).
But there were few surprises: 30 Rock deservedly took its third Emmy in a row as best comedy series. Mad Men just had to win, too.
Glenn Close won as best dramatic series actress --she's 62 so hurrah for us oldies. And Jessica Lange who is a dazzling 60 won as best drama actress for Grey Gardens. Bryan Cranston once again won as best drama series actor.
Best line of the night came from Alec Baldwin who said of presenter Rob Lowe: "I''ll be honest, I'd trade this to look like him --no I really mean it."
Meanwhile I'm wondering if omnibus awards shows haven't had their day. I mean we can You Tube the good parts, right? And Jay Leno is going to be fighting You Tube for ratings gold and not CBS or ABC.
So as long as another great episode of Mad Men was just a click away I was not watching this awards show. Sorry.
Posted by james bawden at 12:28 AM