First Hit Of The New Season 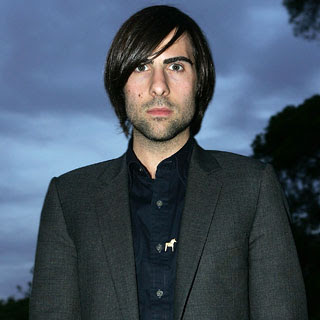 Make time in your schedule Sunday night at 9:30 for the premiere of the new half-hour TV comedy Bored To Death starring Jason Schwartzman and Ted Danson.
The reviews are mostly raves and they're deserved as Schwartzman engagingly plays a 30-year-old New York writer described as one of those "self-hating New York Jews" who gets ditched by his girl friend because he refuses to stop smoking pot.
The comedy here isn't of the raucous sitcom variety but is the comedy of self realization. The more I watched the more I felt like this character, Jonathan Ames who somehow can't seem to get his life together.
Photographed on the streets of Brooklyn and New York, the 25-minute opener follows Schwartzman around as he tries to put meaning into his life.
And how does he do this? It's by deciding to pose as a private detective by advertising on Craigslist. And before long he has his first client, a distressed twentysomething who is trying to locate her lost older sister.
She keeps asking "Are you a real detective? So he has to prove himself by going out and solving the mystery.
The first episode consists of wonderfully selected scenes of bizarre encounters with eccentric and raffish New Yorkers.
There's his magazine editor, underplayed by a white haired Ted Danson. One encounter in a men's room at a party is truly droll as Danson begs for some marijuaa and finds the writer keeps it stashed in an old Viagra bottle with the editor's name still on it.
Then there's the hunt in a seedy hotel as the writer hones in on the woman who isn't really missing but merely sexually role playing with her boyfriend.
Schwartzman is alternatingly silly, hapless and pretty winning as the private eye who is in way above his head. Watching the first episode will have you watching the other eight when they come on.
BORED TO DEATH PREMIERES ON HBO CANADA SUNDAY SEPT. 20 AT 9:30 P.M.
Posted by james bawden at 10:51 PM