Nuggets Of Truth About The New TV Season 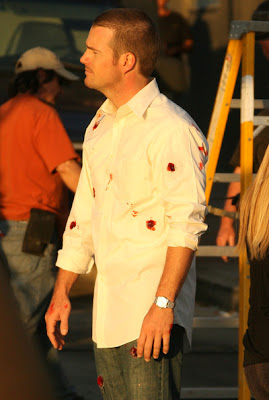 From the cluttered files of your friendly, neighbourhood TV critic come four select pearls of wisdom about the new TV season:
1. It seems Ron James just might make it after all as the replacement for the venerable RCAF Friday nights on CBC. His debut half hour grabbed 803,000 viewers which is perfectly acceptable. Hopefully, he'll build on that number.
2. My favorite reality series The Hills comes back on MTV next week. Ever wonder what the stars of that epic are making these days for not memorizing scripts but instead ad libbing scenes from their lives? I hear Audrina makes $100,000 a pop, the hated Spencer Pratt takes home $65,000 just to be nasty and newcomer Kristin Cavallari pockets $90,000.So there.
3. For several seasons the whisper has been that CBS's power house Sunday lineup was in need of a fix. Yet its debut Sept. 27 saw the venerable 60 Minutes notch up its best ratings in years while The Amazing Race which CBS once considered canceling because of declining interest showed 7% increases over last year. However TAR still placed fourth in intense competition which isn't the place any network likes to be.
4. Last season viewers stuck with the tried and true. This year new series are being sampled. CBS's says its NCIS spin off is already considered a hit and right behind is The Good Wife. ABC says Cougar Town and Modern Family are the network's biggest half hour premieres in years. Biggest worry at CBS is the continual drooping away of CSI which began when star Bill Peterson took a hike.
In a category all its own: the quick flop of The Beautiful Life.
Got all that?
Posted by james bawden at 11:43 PM