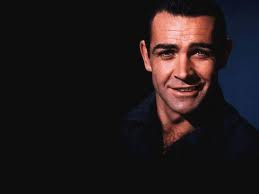 You can celebrate 50 years of James Bond this weekend starting with the original Bond Sean Connery in Dr. No, from Russia With Love, Goldfinger and Thunderball.
The action revs up Friday Feb. 24 at 8 p.m.
On Saturday Feb. 25 there's Roger Moore in For your Eyes Only at 8 followed by The Spy Who Loved Me, Octopussy and A View To Kill.
On Sunday it's Timothy Dalton in The Living Daylights and License To Kill.
There's just one catch. All you have to do is subscribe to Canadian TV's latest movie package called Hollywood Suite.
The fledgling service launched in December and is slowly building and available to subscribers of Bell, EastLink, TELUS Optik, SaskTel MAX, MTS Ultimate and Westman.
Missing so far are cable giants Rogers and Shaw which are famously hard bargainers.
A Toronto-based company Hollywood Suite was launched by cagey industry veterans Jay Switzer (as Chairman), Jeff Sackman, Michael McLaughlin, Catherine Tait and David Kines (as President)and is slowly but surely growing its subscriber base.
"I had to switch to Bell to get it at home," jokes programming vice president Ellen Baine who along with Switzer was once formed Citytv's powerhouse team.
Is there room for yet another movie package on Canadian TV?
"We obviously think so. There are four channels: the MGM Channel, WarnerFilms, Hollywood Storm and Hollywood Festival.
"There are no commercial interruptions although there could be commercials between the films. And all are going to be shown in HD. We're making a play for film buffs who want to watch beautiful copies of favorite films on their giant screens."
Every month upwards of 450 films will be unspooled, uncut and unedited.
The competition, of course, includes Turner Classic Movies and American Film Classics. Turner tends to go with older films and AMC which does have commercials has lately been switching to such series as Mad Men and The Walking Dead.
Getting the packages together has so far been the main preoccupation of Baine and her team.
Under license regulations 15 per cent of content must be Canadian.
"It's really been hard to get Canadian movies in HD. We have to order them specially. You'd think Atom Egoyan, his films must all be available in HD. Because that's the way to truly appreciate them. But, no, so we're creating a market for them but it will take time. At first not every Canadian title will be in HD."
Baine has extensive knowledge of Canadian movies from the days she toiled at Citytv which made showing Canadian features a priority.
To get the James Bond flicks Baine had to go back to the original contracts with the estate of Cubby Broccoli. "Of course they said yes. It's just that they just like to be in control of things."
"Watching them one after the other I realized how terrific Connery was but also how Roger Moore was a hit because he was very different in the part. You can be a fan of both their styles."I
She's now planning other similarly themed evenings. "Like a salute to Robin Hood --we'd start with Kevin Costner." Other contenders would include Russell Crowe, Errol Flynn, Cornel Wilde, Sean Connery, Cary Elwes and even Canadian Robin Dunne. and then have the others."
In between the movies she'd like to run movie related interviews --getting some of the best interviews done by the late, great Brian Linehan from city would certainly be a coup. How about running a Jane Fonda flick and then showing the original interview she made with Linehan to promote the feature?
Maybe one day there'll be a weekly movie review show?
"We've been working on getting an HD of A Hard Day's Night --that's coming soon."
For example on Tuesday I noticed WarnerFilms had High Sierra (1940) and The Maltese Falcon (1941) running in freshly struck HD.
The MGM Channel had a pristine print of The Pink Panther
On Hollywood Storm it was Varian's War and The Karate Kid. And Hollywood Festival had Driving Miss Daisy and Bird.
Hollywood Suite has a free preview running until Feb. 19 for those who can already receive the four channels.
The rest of us can only wait --and hope.
Posted by james bawden at 4:05 PM

Canadian Director Dan Zukovic's feature "DARK ARC", a bizarre modern noir
called "Absolutely brilliant...truly and completely different..." in Film Threat, was recently released on
DVD through Vanguard Cinema (http://www.vanguardcinema.com/darkarc/darkarc.htm), and is currently
debuting on Cable Video On Demand. The film had it's World Premiere at the Montreal World Film Festival, and it's US Premiere at the Cinequest Film Festival. (The film has also been an official
selection at the Calgary and Edmonton Int'l Film Festivals, won Best Production Design at the
Nickel Film Festival in Newfoundland, and screened at the Vancity Theatre in Vancouver.)
Featuring Sarah Strange ("Da Vinci's Inquest", White Noise", Leo Award Nominee for Best
Actress for "DARK ARC"), Kurt Max Runte (Dan Zukovic (director and star of the cult comedy "The Last Big Thing"). Featuring the songs "Dark Fruition", "Ire and Angst" and "F.ByronFitzBaudelaire", and a dark
orchestral score by Neil Burnett.