Well Why Not Here? 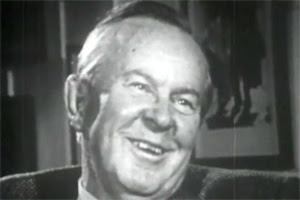 Talking to friends about town and we're all unanimous: the best program on TV in the past few weeks?
The Clinton Presidency on PBS's American Experience.
And once again I'm being asked why Canadian TV can't come up with such excellence?
Remember the two best specials on Canadian history this season have both come from PBS: The War Of 1812 and The Underground Railroad.
Why can't a channel like History --our Canadian version--occasionally match with something brilliant about home grown history.
Don't get me wrong I dig shows like History's Canadian PIckers although I'm not quite certain it should be on History. It really belongs on OLN I'm thinking.
And once upon a time we did have history programming that great. And it was on CBC.
Just as I began my long career as TV critic --I was at the Hamilton Spectator then --along came CBC-TV's mesmerizing The Tenth Decade produced by Cameron Graham.It examined the exciting decade from 1957 to 1967 when John Diefenbaker and Lester Pearson battled it out daily in the House of Commons.
Cameron found a mighty treasure trove of archival material in CBC dungeons. And he had full cooperation of Pearson and Diefenbaker themselves who sat down for extensive interviews.
At eight one hours this was one of CBC's biggest ever triumphs. I'd drive into Toronto every week just to preview the next episode --there were no VHS copies in those days.
And Graham got so much material left over he fashioned two additional series --one on Pearson (First Person Singular) and one on Diefenbaker (One Canadian) that proved if anything anti-climactic.
So one would expect CBC would order a sequel to be titled The Eleventh Decade? Right?
Well, not quite, Prime Minister Trudeau refused to cooperate and without Trudeau it was impossible.
So CBC dithered until Trudeau left office and then CBC fashioned a series about his years as PM that was highly non-critical.
(First Person Singular). It bombed critically because he had control over content.
CBC has had a series on the Mulroney years that's been running on low for years and apparently can't be completed until Mulroney's legal problems are resolved.
I've heard nothing about a series on Jean Chretien's three terms as a majority prime ministership.
I also klnow Peter Desbarrats had a series ready to shoot on Robert Stanfield, leader of the Opposition when Trudeau was PM. After much dithering Global TV cancelled the project on the issue of money. The netwotk had none at that time.
In the meantime we'll all continue receiving our history lessons from PBS until future notice.
Posted by james bawden at 10:24 PM