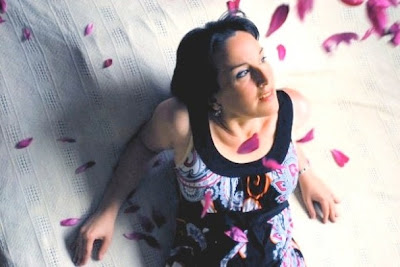 I've always approached the experience of reviewing a first film by a fledgling director with some trepidation.
If I go lightly with my criticism then I'm not serving the reader.
If I'm too heavy I could scare off the film maker and unwillingly abort a promising career.
So I approached the first feature by Montreal director Sharon Hyman with my usual anguish and palpitations.
A few minutes into it and I was feeling just fine, I need not have worried at all.
Called Neverbloomers: The Search For GrownUphood, it's all about a generation who feel stuck in perpetual adolescence.
Approaching 40 and they get all hot and bothered because of the perception they haven't really done anything with their lives.
Hymans ays at one point that at 40 she wanted to re-assess her situation and try calling forth the adult within her.
She's not a late bloomer as yet because she feels she's never quite bloomed at all.
And so she takes viewers on a journey that's both serious and comically wonderful.
She goes around filming the philosophies of those close to her: there's her mother who is a serene beauty, her next door neighbor who could be termed a real character, her Hassidic rabbi, doctors, a mentor, taxi idrivers , even strangers--over 30 of them and each has a nugget of philosophy to impart.
At one point she's chatting away to the camera and her friend seated across at the table is saying interesting things so Sharon simply pivots her camera and concentrates on her.
She's finding out that all of us never quite feel grown up and those of us searching for life's purpose are never satisfied with what we've achieved.
As Hyman finds out "My inner child is my outer child". Her Orthodox upbringing has certainly shaped her --she seems like a nice person to be friends with.
But does being an adult mean she has to be less nice, open and friendly? We all have our anxieties, she's told. But does she really want to go back to being a kid.
Tightly edited, the hour passes quickly because the content is both comical and deep. To get to this point in film making Hyman first got a Master's Degree in Educational Technology from Concordia University and was mentored by the NFB's documentary master Wolf Koening.
On Neverbloomers she wrote, edited, directed, produced and for all that I know also provided the catering services. Hyman jokes on the phone that she got partial funding from Quebec --being an English speaking director in Montreal almost constitutes an endangered species.
But like other young directors she is finding there are few spots left on Canadian TV for individualistic films like hers.
When CBC Newsworld morphed into CBC News network it abandoned quirky POV documentaries altogether.
TV Ontario buys fewer documentaries each year it seems and network series from W5 to Nature Of Things only commission films that suit their specialized needs.
Let's hope Hyman continues to grow as a director and gets her films aired. Neverbloomers is a strong beginning and highly recommended. It looks like it was made by a veteran with a dozen features to her credit.
NEVERBLOOMERS OREMIERS ON CBC's DOCUMENTARY CHANNEL ON MOND. FEB. 27 AT 8 P.M.
MY RATING: ***.
Posted by james bawden at 7:50 PM