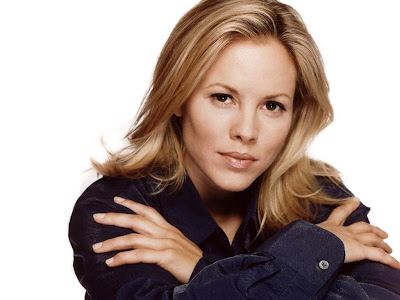 You say you missed the last two episodes of NBC's Prime Suspect?
That was the point.
NBC killed off these last two episodes Sunday night by plopping them against football on Fox.
And as usual next to nobody watched.
That was the problem with PS since its debut in September.
Nobody really cared about it.
I was asking a veteran TV producer about PM's decline and fall and he merely shrugged.
"NBC got it all wrong," he drawled. "I mean when PS with Helen Mirren debuted on British TV in the 1980s it was about a talented female finding her footing in a virtually all male environment.
"That story line doesn't work 20 years later so what was the show all about? Nobody seemed to know what the show's main theme was."
NBC wasn't the only network that completely misread the pilot.
Global's chief programmer Barb Williams told TV critics in September she thought it was going to be the Number One new U.S. series.
As if. It never even cracked the Top 30 in either Canada or the U.S.
Trouble is the producers traded heavily on the aura of the Helen Mirren original. And how can compete with a nearly perfect show still in reruns late nights on PBS.
Many younger people never even heard of the original. And stlll they quickly tuned out in record numbers. Why?
Because terrific actress Maria Bello played the part completely unsympathetically. That hurt efforts to build an audience.
Another question was tough competition from CBS. And NBC hasn't had a drama hit in some time and the PR on this effort from L.A. was very feeble.
The last two shows were among the best as the writers were slowly finding their own way. I know this means nothing because the series is gone.
It only proves a new show has to hit the air with all flags flying. There's no room in today's crowded TV market for a show to work its way toward excellence.
Posted by james bawden at 1:12 AM