CBC Finally Has Something To Shout About 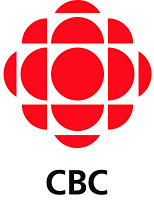 Here in Canada we have the only television system that openly discriminates against home grown shows.
The villain is called "simulcasting" which allows the cable TV giants to black out incoming American signals and substitute Canadian ones proving the show is exactly the same.
That means practically every U.S. import on the Canadian TV dial gets simulcast so it can enjoy a huge double rating.
The Big Bang Theory, an import from CBS that I enjoy, routinely draws over 3 million viewers a week because of this form of reverse discrimination.
It also means you are paying for hundreds hours of American TV every week from the Buffalo stations or other border affiliates that you actually aren't getting which I think might be illegal.
Simulcasting is the reason Canadian TV drama has deteriorated to the point it s now an endangered species.
And many of the Canadian series you might watch are cagily constructed for resale to the States. Either they're set in the U.S. even if made in Toronto like Global's new series The Firm (which I favorably reviewed) or they're deliberately set in some blurry city never mentioned like Rookie Blue or CTV's Flashpoint.
So there's some case for celebration when CBC's new all Canadian saga Arctic Air nabs 1.1 million viewers its first time out.
CBC has always maintained a series is a "hit" if it attracts over 1 million viewers --for a TV movie or special the bench mark is 1.5 million.
There's been deep slippage this year for Rick Mercer who goes on Tuesdays at 8 --he attracted only 887,000 viewers whereas last year he was averaging well over that million mark.
The Halifax made This Hour Has 22 Minutes by contrast only got 666,000 viewers which is a real cause for concern.
But both shows would be big hits if they were on two channels at a time like the American competition.
Posted by james bawden at 6:05 PM