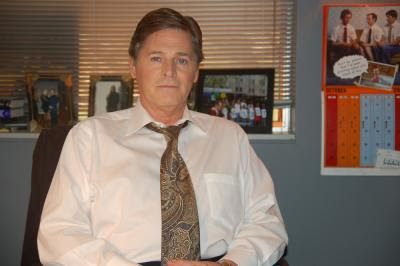 The virtual disappearance of TV news specials from Canadian TV is one of the most disheartening trends of the new television season.
Citytv's hour documentaries titled Tough Choices aim to buck that disheartening trend.
First up there's Gord Martineau who I've been covering ever since I became a TV critic for the Hamilton Spectator in 1970.
With Lloyd Robertson's retirement from daily reporting Martineau becomes Canadian TV's dean of anchors despite a still youthful appearance.
As he says in his introduction he brings to the table 40 years of experience and 20,000 newscasts --but whio's counting?
With Tough choices Martineau not only reports but co-writes the shows and this time out it's a most timely report on the pressures facing Canada's public sector unions.
It involves not only Ottawa civil servants but garbage collectors and firemen all of whom are tainted with the same right wing accusations that they're living high while the rest of us suffer through this economic downturn.
Martineau gets to personalize the issue by looking at the life style of one veteran Toronto fire fighter and how he carefully must marshall his economic resources.
And he shows us the historical context --the 2009 strike by Toronto garbage collectors undoubtedly turned the public against them and may have contributed to the subsequent election of Mayor Rob Ford.
We get to hear from a number of experts that public sector wages and pensions are just a bit too pricey these days --Ottawa employees can retire at 58 on comparatively high end pensions many in the private sector are denied.
But union officials rightly point to the protection given us by the police and fire fighters.
Martineau journeys to Stockton, California, to a city under siege facing bankruptcy where fire and police services are back to the staffing levels of 1950 which has meant a vast increase in crime and a response time from fire fighters that could endanger lives.
Ford campaigned for office on a proposal to "Stop The Gravy Train" but very little gravy has been found and all sorts of public services including TTC and library hours are being affected by his cut backs.
Unions are fighting back arguing they've fought for better benefits with the hope the private sector could also benefit down the road. But Martineau says almost 12 million Canadians are set to retire with only CPP benefits --their high taxes are making union benefits seem out of whack in these tough times.
Well shot and edited Labour Pains is ripped from the headlines. As I watched I remembered current newspaper stories stating the Harper government was planning a frontal assault on Ottawa civil servants.
Labour Pains was directed expertly by Karen Pinker who produced and wrote it with Martineau. Its success vaults Citytv to the front rank of Canadian networks in the race to make cutting edge documentaries.
TOUGH CHOICES: GROWING PAINS PREMIERES ON CITY SUND. JAN. 8 AT 10 P.M.
MY RATING: *** 1/2
Posted by james bawden at 3:47 PM