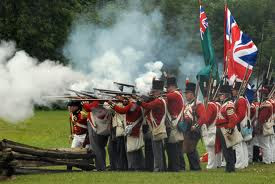 Thanks for the great article. One correction: The cowering general was William Hull, not William Henry Harrison.

I received a call from my mother to watch the War of 1812 last night on PBS. She said, "Pay attention to a gentleman by the name of William Atherton." Of course I asked why. She said meet your G,G,G,G Grandfather. I've never been glued to a television as I was last night. I want to learn more of him. Thank you for sharing his legacy so that I was able to meet him.

This is Jan. 9th, 2012. I thought I saw on TV that this program was going to broadcast tonight but I must be wrong as I don't see it listed. Is there another date please?