The Gayest Show Ever? 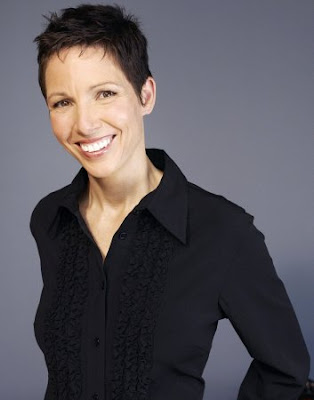 A new Toronto made series debuts Friday night. The title --The Gayest Show Ever --is pretty provocative.
But is it true?
Mainstream TV has gotten gay with a vengeance in recent years.
Look at all the gay TV celebrities now thriving openly: Neil Patrick Harris, Nate Berkus, Ellen DeGeneres.
And when it comes to gay vibes what about such gayer than gay shows as Desperate Housewives, Glee, Modern Family?
The battle for the hearts, minds and pocket books of gay viewers in Toronto was supposed to start some 10 years ago when Citytv revved up the series QueerTV starring Islamic lesbian Irshad Manji.
Citytv's then reigning guru Moses Znaimer thought the series would guarantee him first prize in the CRTC run off for the first Canadian gay TV license.
But it didn't happen. Another outfit got the license and a bewildering array of name changes followed.
Let's see there was Pridevision which morphed into OUTtv as well as HARD.
And the gay license didn't turn out to be a license to print money after all.
That's because regular TV channels were ramping up the gay content.
For five season Queer As Folk was made in Toronto for Showcase and Showtime.
I remember phoning the producers after the first ratings were out showing a majority of viewers were --straight women. That really threw everybody for a loop.
But none of the engaging cast have gone on to do much. Talented star Gale Harold got typecast and his subsequent series appearances have been dim.
So when a series like The Gayest Show Ever comes along it truly has to deliver.
Which it does. This isn' a gay version of 60 Minutes. It's all over the map with some funny pieces and some suddenly serious reflections.
Host is the talented lesbian stand up Elvira Kurt and she demonstrates some interviewing skills as well as some snazzy one liners. An interview with Cyndi Lauper in the second episode gets to the singer's essence.
In the first show there's a longish bit with John Waters that shows him unready to bend his views to suit the current gay tide of respectability.
Best segment in the first show is a skit starring two drag queens titled Project Dumpster. And a profile of a gay rapper is OK. The look at nude yoga is pretty funny --but some parts of the screen are deliberately blurred.
In the second show a continuing segment called People In The Gayborhood works. But Kurt's encounter with male porno stars who pracise unsafe sex finds her looking embarrassed.
Creator David Walberg executive produced it, Paul Bellini wrote the comedy sketches and Frank Prendergast is the producer.
It just may not be the gayest show on TV these days. But it delivers handily. And that's OK, too,
THE GAYEST SHOW EVER PREMIERES ON OUT TV FRIDAY OCT. 7 AT 10:30 P.M.
MY RATING: ***.
Posted by james bawden at 2:15 PM