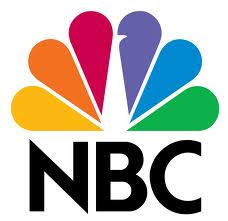 The big news of this still young TV season is the drip-drip-dripping away of ratings among most of the American networks. Biggest drop is being posted by NBC which was already in fourth spot when the new season began last month.
Having a whole pack of dopey new shows and some rapidly aging old ones doesn't help.
How does this affect Canadian viewers?
Well, most of the fare on the Canadian commercial networks these days consists of American imports.
According to the Wall street Journal ratings are down across NBC by as much as 30 per cent which is a whopping drop any way one looks at it.
Both Law & Order:SVU and The Biggest Loser lost one of their biggest stars and have posted tremendous declines. NBC's downfall comes after a decade of cutting costs. Remember that stupid plan to cancel all the NBC dramas at 10 p.m. in order that Jay Leno could soar in prime time?
It didn't happen and when the dust cleared Leno was back at 11:30 p.m. in his old Tonight Show berth and decades younger Conan O'Brien had quit the network in disgust.
This year Comcast purchased the ailing web from General Electric with a plan to pump money into bid budgeted new drama series.
Bob Greenblatt who had successfully steered U.S. cable weblet Showtime to ratings success was plopped in. But one of his first new shows the dog awful The Playboy Club has already tanked and is gone.
NBC sources are saying the network is sticking with Prime Suspect which seems to be getting better by the week. NBC has started promoting the heck out of it with multiple runs to pump up audience interest.
And two NBC comedies --Whitney and Up All Night--do how signs of promise. But both poll way below Fox's bright new sitcom hit New Girl.
And the situation at 11:30 just isn't laughable with Nightline on ABC now pulling ahead of Leno.
But The Office is doing OK for a very old show --much better than CBS's Two And A Half Men which has lost half its premiere week audience.
The only thing left in the NBC hamper is the new series Grimm which starts Friday plus Fear Factor waiting in the wings.
But if NBC gets real desperate it could always import a Canadian drama or two as filler, right?
Posted by james bawden at 8:11 PM