The Strange Death Of Canadian TV 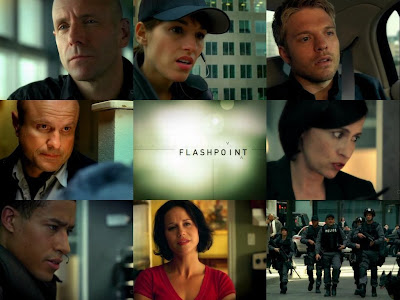 It wasn't supposed to happen like this. The decline and fall of Canadian TV, I mean.
But this new season finds Canadian shows hanging on by a thread while American imports we can already catch from border stations get pride of place in scheduling.
Cable operators are instructed by the CRTC to black out incoming border TV signals and substitute the same shows from the Canadian stations thus giving these series a double rating Canadian shows never enjoy.
So American series will always out rate the Canadian competition by huge figures.
Way back in 1977 my greatish predecessor at the Toronto Star, TV critic Jack Miller, started a hell of a firestorm.
For weeks Miller poured over BBG ratings figures and finally announced that Toronto TV fans spent less than 10 per cent of their prime time viewing Canadian shows.
What a political stink that caused! Questions were asked in Parliament. Network heads were relentlessly grilled at CRTC meetings.
And yet it was all true.
Canadian TV in those days was a 10-channel universe. Today there are hundreds of cable channels out there.
But it seems to me the more channels we get the less quality Canadian drama there is available.
Back then the CRTC was setting down the ground rules for the wonderful world of cable TV and the expansion of conventional commercial networks.
Headed by the brilliant, mercurial Pierre Juneau the CRTC envisaged a grand network of new Canadian channels to serve the public with locally grown shows enjoying the best time slots.
At CBC license renewal hearings Pierre Berton who after all starred on CBC's Front Page Challenge told startled CRTC commissioners the Corp deliberately reserved its best slots for American imports because they attracted more advertising revenue. He charged that Canadian material got the inferior time slots and hence lower ratings.
I was covering that particular hearing for The Spectator and I looked over at the bank of CBC executives and all were beet red from anger. But it was true, that's what truly got them going.
When Juneau didn't think CTV was making enough Canadian shows he slapped a one year license renewal on the network despite the protests of CTV president Murray Chercover.
It was Chercover who once explained to me why CTV never had a fall launch: "Jim, our big Canadian show is Littlest Hobo. You want me to promote THAT?"
At CBC's license renewal hearing Juneau went head to head with CBC President Laurent Picard over the long term aims of the CBC. Picard favored a mixed schedule with big rated U.S. shows leading into Canadian shows and thereby juicing up the ratings.
Juneau scolded him harshly --he favored a true Canadian network.
And the irony is when Juneau finally became CBC President and cancelled all American series he found he didn't have the finances to put on many scripted dramas at all. Successive federal cuts had denuded CBC of its greatness.
In 1977 Jack Miller thought Canadian TV on shaky ground. But I'll wager in today's multichannel TV universe that prime time viewing of Canadian shows is way, way below 10 per cent. I think it's closer to five per cent these days.
Look, I remember in 1985 Canadian TV produced 11 prime time hourlong drama series. What a bonanza! Included in the mix were Street Legal, Wind Up My Back, The City, Power Play. Fantastic!.
But by the next season there were only two series left.
What happened? The commercial networks spearheaded by CTV and Global got the CRTC to change the rules and instead of specifically requesting a certain number of filmed dramas the Commission simply lumped all Canadian content into one mass category.
The next season the commercial networks substituted inexpensive documentaries and reality outings. Canadian TV series drama has been dead ever since.
And why not? A seasoned Canadian producer just told me the networks can buy a big American hit for $100,000 an episode. It comes with gobs of publicity --after all most of the morning and afternoon talk shows are American imports, too.
By contrast a beleagured Canadian producer can spend at best $800,000 to a cool million on each episode of his drama series.
Commercial networks exist to make money. Which is why they spend $600 million or more a year on American shows and less than $100 million on Canadian stuff.
Remember that in prime time Canadian content must be 50 per cent.
Remember also that prime time in Canada starts at 7 p.m. --that was a change CTV's Chercover fought for so he could plop in the likes of Stars On Ice and Half The George Kirby Comedy Hour before switching to U.S. imports. And an hour of Canadian content counts as 90 minutes because of another weird CRTC ruling.
This fall CTV has one scripted drama, Global has none right now.
Network sources say some Canadian series are running on their cable networks while other Canadian dramas are expected later in the fall or at midseason.
But this trickling away of Canadian drama has caused no outcry like it did in 1977 after Jack Miller's revelations.
Could it be Canadians no longer care?
Or did they tune away from Canadian TV a long time ago?
Posted by james bawden at 10:03 PM

Jim, I agree with you 100%. It's a very sad situation. I'm beginning to worry that we've become so Americanized that we no longer care about television that reflects ourselves. Global and CTV will not solve the problem. The only hope is the CBC.