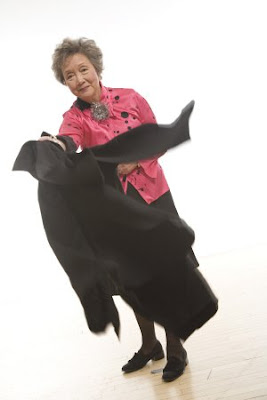 I'm being constantly asked this fall why some Canadian TV networks have virtually no Canadian shows save for the obligatory national newscasts.
Well, there are new Canadian series out there, you only have to dig a bit to find them.
Like the brand new series Extraordinary Canadians which premieres Sunday night at 8:30 on Citytv.
The premise made me hesitate for a moment: Canadian authors talking about their subjects for half an hour. The series is a TV adaptation of the Penguin Canada series of books which going to paperback this fall.
I feared it might be another talking heads thing and we've got several of those around where one feels obligated to listen in as academics churn about and drone and drone.
So I plopped in the first DVD --Mark Kingswell on Glenn Gould and --surprise --I learned something and was fascinated all over again with this true eccentric.
And here's my Glenn Gould anecdote --the day of his death (Oct. 4, 1982) all the entertainment critics at the Toronto Star (all save the classical music critic who was cruising down the Mississippi on a junket) got lists of sources to phone to get quotes and reaction.
First on my list was famed pianist Artur Rubinstein and the agent even gave me his direct telephone line in Paris.
The Star operator dialed and Mr. Rubinstein, 94, answered the line.
And for several moments he gave me a precise description of the way he liked to play the piano (with an audience) and how Glenn Gould prefered a solitary recording styudio.
Kingswell plays on this oddity --a star pianist who seemingly shunned the spotlight and even played up his oddities.
Kingswell visits Gould's well worn chair now in the National Archives, we see the Toronto Beach house where he grew up, the summer cottage.
All this is accompanied by TV clips, newsreels, old interviews and various yellowing clippings.
I liked it all and was very disappointed it only runs half an hour.
So I chose the second DVD: Adrienne Clarkson on Norman Bethune.
This could be Clarkson's first sustained TV work since she exited Adrienne Clarkson At Large to become Governor General.
She seems scarcely changed at all, still in command of a medium she dominated for decades.
And the catch is she was born in Hong Kong the same year as Bethune died in China as he was saving soldiers on the battlefield.
Again Clarkson does a fair bit of traveling from Bethune's Gravenhurst family home (now a museum) to Montreal where he became a surgeon to various statues of him in his some country.
The catch is visitors to the museum are mostly Chinese tourists to Canada, his own country doesn't know him as well as his adopted land of China where he is revered as a saint.
PMS Productions Producer Kenneth Hirsch is quoted as saying the series took five years to execute. I like everything about it save the regrettably short running time --the only half hour shows left these days are sitcoms.
Upcoming are episodes on Mackenzie King, Emily Carr and Pierre Trudeau.
There'll be an instant rerun on The Biography Channel on Sat. Oct. 29 at 7:30 p.m.
EXTRAORDINARY CANADIANS PREMIERES ON CITYTV ON SUND. OCT. 23 AT 8:30 P.M.
MY RATING: *** 1/2.
Posted by james bawden at 10:58 PM