Global Is Coming On Fast 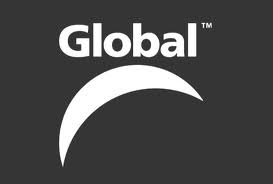 A fear years back Global TV was a network being battered and bent by competitor CTV.
And now?
The network along with CanWest specialty channels got purchased by Shaw Media and the cash is surely flowing.
This fall Global will have a highly competitive prime time schedule. With Citytv also coming on strong the bidding for American hits was never more intense.
Vice president Barnara Williams surprised thecrowd at the Sony Center that the big new hit would be the U.S. version of Prime Suspect with Mario Bello (A History Of Violence) replacing iconic Helen Mirren as the tough-as-nails detective (it runs Thursdays at 10).
Also highly regarded is A Gifted Man (Fridays at 8) with Michael Holt as the surgeon taught life's lessons by the spirit of his deceased wife.
Sarah Michelle Geller's next series The Ringer casts her as good and evil twins (Fridays at 10). The 2-2 from Robert De Niro follows six NYPD rookies as they patrol upper Manhattan --it sounds suspiciously like Global's successful local series Rookie Blue.
From the creator of Bones it's The Finder, described as a procedural about a brain damaged Iraqi War veteran who is skilled at recovering people from all sorts of dangerous situations. Geoff Stults stars.
New sitcoms include How To Be A Fentleman with David Hornsby and Kevin Dillon. I Hate My Teenage Daughter has Jaime Pressly and Kate Finneran as fortmet high school pals who are now parents. Happily Divorced stars Fran Drescher who plays a florist who discovers her husband of 18 years is gay.
There are two new animated series both from Fox, Allen Gregory and Napoleon Dynamite and Chelsea Handler from late nights has her own sitcom Are You There, Vodka? It's Me, Chelsea which NBC is making.
Key returning American hits include NCIS, House, Hawaii Five-0, Glee, NCIS: Los Angeles, Parenthood, Harry's Law, Season 8 of The Office, Bones, Saturday Night Live,
In fact it's hard to find a single Canadian series in prime time on Global this fall. CRTC content regulations dictate the split should be 50-50.
The infusion of money from Shaw is enabling Global to finance 15 new scripted Canadian series which take time to be developed and cast and shot. Later this month last summer's hot Rookie Blue, shot in Toronto, comes back for its second season.
And later on there'll be second seasons for such Canadian fare as Lost Girl, King, Haven and Producing Parker,
Debuting June 21 on Global is the latest homegrown drama series Combat Hospital looking at the NATO Multinational Medical Unit at Kandahar Airfield in Afghanistan.
Williams told reporters Haven which debuted on Showcase also had a Global window that enabled it to grow viewers and get a second season and she hopes to feature other series on both networks.
Global also expands its news operation with its own Morning Show described as being more conversational in tone with Liza Fromer, Dave Gerry and Kris Reyes.
Global was so flush with money this season it was able to bring in a gaggle of visiting U.S. stars including Glee's Matthew Morrison, Dot Jones and Iqbal Theba plus the usual Canadian suspects who in seasons past were usually shunted off the stage very quickly. But this year Missy Peregrym, Gregory Smith and castmates from Rookie Blue were front and center.
Shaw Media also has new seasons for its 18 specialty channels and some 35 new series lined up, an indication specialty TV is booming, growing far faster than its conventional cousins.
I'm told there was a huge bidding war between the three principals for the best new U.S. imports.
But Global sources are optimistic the network and sister channels are back on track and ready to challenge CTV for ratings primacy.
May the best set of American imports win!
Posted by james bawden at 12:16 AM