Whatever Happened To The Big TV Networks? 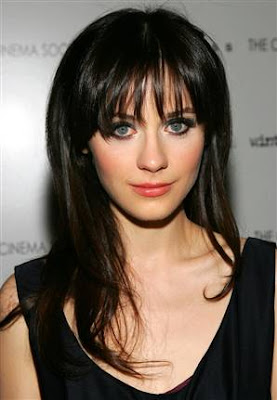 When I started out 40 years ago as the very green (and very young) TV critic for The Spectator everything was so easy.
I had exactly 10 stations to cover --citytv had yet to come on the air and Global TV wasn't around at all.
In those dear, dead days we all lived in a three-station universe as far as American TV was concerned: CBS, NBC and ABC.
Canadian TV consisted of CBC, CHCH, CTV and TVOntario and that was it.
And every May the head of CBC programming --in those days it was Thom Benson --would fly to L.A. to laze by the pool of the Beverly Wilshire hotel as American producers paid court by peddling their September wares.
The shows Thom didn't want went to CTV's Muirray Chercover who'd pick through the allotment and then send the remainders off to CHCH's Sam Hebscher.
Prices? CBC paid a whopping $2,5000 a week for Mary Tyler Moore's show. Thom passed altogether on Laugh-In in 1968 but when it zoomed in the ratings he bought it away from CTV in the next May series sale. And predictably Murray publicly raged but could do nothing.
And today?
Well, everything has changed in the space of one year.
The company ctvglobemedia is no more, the good, gray Globe being re-bought by the Thomson family and a new media company emerging: Bellmedia.
And Shaw has bought off Can West and Global TV to form the new Shaw Media.
And Rogers bought citytv stations.
So the big players in the private sector have all changed. And CBC no longer buys prime time U.S. series (opting for Wheel Of Fortune, Jeopardy and Ghost Whisperer reruns).
And the American networks continue to recede in popularity every season.
I remember once in the late 1980s almost 40 American TV pilots were made in Toronto alone.
Now the Big Five make few pilots at all, settling for presentations.
Parts of their empires have crumbled away: no more TV movies (too expensive), afternoon soaps getting cancelled right and left.
My spies tell me CBS is high on a new medico series directed by Jonathan Demme and a cop series from Robert De Niro is well regarded. Minnie Driver's show Hail Mary may not make it and Sarah Michelle Gellar's proposed series Ditto is also iffy.
Best pilot of all time was made by CBS a few years back, titled Crazy, starring Lara Flynn Boyle, and was about a psycho ward where the doctors were the real weird ones. CBS said it was too good for weekly TV and passed.
NBC sources say a musical Smash from Steven Spielberg is on the list. But Spielberg's TV credentials are weak: his series Amazing Stories got smashed by CVBS's Murder She Wrote. Harry's Law is still to be picked up and Wonder Woman may not make it.
My ABC source says yet another reboot of Charlie's Angels is coming (groan) as well as something called Good Christian Bitches (but surely with a name change).
The CW: Rachel Bilson in Heart Of Dixie seems strongly favored and Sweet Circle will be a Vampire Diary kind of thing only about witches. Smallville is ending and I simply can't imagine One Tree Hill will get another pick up.
FOX: Ethan Hawke's show Exit Strategy is one of the big hopes, I'm told, and there have been some early pick ups ahead of the New York upfront meetings: The New Girls with Zooey Deschanel, a Bones spinoff called Finder and Jaime Pressly in I Hate M Teenage Daughter.In past seasons CTV was so flush with money it would buy up shows and never put them on the air just to keep Global away from them. One example: Desperate Housewives was bought by CTV and shown Sunday afternoons at 4 until it became a big hit. A series shot across the street from the Toronto star, Kevin Hill, was bought by CTV and never actually shown up here.
But times are tight for everyone. One Global programmer complained to me he was given a dollar figure for each show by his bosses and told he couldn't go beyond that --the result was CTV emerged with most of the hits. Only dark horse candidates like 24 were left for Global.
It's not at all like the old days. But the 10-station TV universe has splintered.
These days most of us hang out on cable anyway no matter what the old line networks do.
And the big question I'm fending wherever I go is: "When is Mad Men coming back?" And that won't be until the New Year.
-30-
Posted by james bawden at 2:41 AM