ABC Has Too Many New Fall Shows 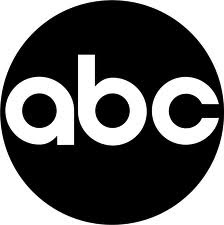 Back when I started covering TV in the early 1970s the ABC fall schedule was always treated as a joke.
Too many new shows, scoffed the critics.
Viewers didn't want to sample so many unknown new series and so some deserving newcomers quickly fell by the wayside.
But here is ABC trying to pull off the impossible with 13 new series.
I still most won't work out. ABC already knows that.
NBC which trail;s badly in the polls by contrast "only" has 12 new etries.
Already critics are saying that the 2011-12 season could be one of those great transitional eras.
Think of it: ABC's biggest hits include Grey's Anatomy and Desperate Housewives both of which are old shows.
In fact both DH and GA were introduced in the same 2004-05 season meaning ABC is hoping something similar will happen this time.
As an ABC source said maybe there won't be 13 new hits but the web would surely like to come away with 2-3 shows in the "must see" category.
On Monday stability reigns with Dancing and Castle.
On Tuesdays Dancing With The Stars will continue to pump up Body Of Proof's ratings so that in time it may become a hit of its own.
But Tuesdays at 8 it's Tim Allen's come back try with Last Man Standing and another "masculine comedy" Man Up at 8:30.
Allen is up against NCIS and it's been argued this will be a fight for the same audience.
Cougar Town isn't coming back until December and the new Wednesday lineup includes The Middle plus the new Suburgatory at 8:30, Modern Family and Happy endings and the new hour Revenge at 10.
Thursdays Charlie's Angels leads into Grey's Anatomy which leads into its sister show Private Practice.
Extreme Makeover: Home Edition starts up Fridays at 8 followed by Shark Tank at 9 and 20/20 at 10.
Saturday Night College Football takes up the whole night starting at 8.
On Sundays America's Funniest Home Videos at 7 leads into the new entry Once Upon A Time at 8 and Desperate Housewives at 9 and the new Pan Am at 10.
Thirteen new shows. A lot of failures. But if two or more become hits ABC should be satisfied.
And waiting in the wings are such new shows as Ashley Judd in Missing, The River, Shonda Rhimes' Scandal and another new sitcom Work It.
Posted by james bawden at 7:59 PM