Catching Up With Kevin Newman 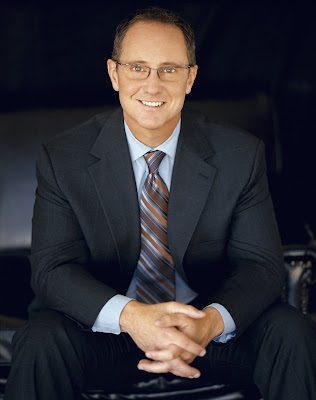 It was time to catch up with Kevin Newman when the personable TV journalist phoned the other day --from a dot.com conference in Stratford.
Newman voluntarily stepped down as anchor of Global TV's successful suppertime newscast last April and has been writing and producing documentaries ever since.
"It just felt like the right time to expand," he says. "Did I want to be solely anchor for the rest of my career? No. Was I hoping to do more writing,? Yes."
Before making the momentous decision Newman spoke with former Global anchor Peter Trueman who said leaving career changes until much later --Newman turns 52 in June --would make adjustment that much harder.
So Newman took the plunge and seems busier than ever.
I'm enjoying listening to him and former CTV anchor Tom Clark chat about Canadian politics every week on CBC Radio's The House.
And on Friday night at 10 on Global a documentary Newman produced and co-wrote, A Mother's Ordeal, indicates the direction he hopes his career will be going in the future.
"These aren't the best of times for TV documentaries with most networks having budget cut backs. But I want to tell these Canadian stories. They're important."
I reminded Newman the first time I interviewed him was on the set of CBC's Midday, known as "the Baby Journal" when it first hit the air in 1992
It blended documentaries that had already been on The Journal with the kind of serious talk of the arts and politics that has since disappeared from CBC afternoons.
Newman and CBC got their signals crossed in 1994 in a move that saw Newman head to ABC news in New York city.
"That's CBC's version," he laughs --CBC was in one of its modes of shedding bodies.
I used to watch Newman and Thalia Assuras doing the overnight news at simply weird times but soon Newman was named co-anchor of Good Morning America opposite Lisa McRee.
One ABC executive actually told me with a straight face Newman had not completely fitted in there because he used the Canadian pronunciation of "sleigh" instead of the more American "sled".
For whatever reasons Diane Sawyer eventually took over as a kind of Lady Bountiful morning news goddess and Newman in 1999 was reassigned to ABC reporting duties.
He returned to Canada in 2001 as the anchor of Global National With Kevin Newman. Initially it was all done out of Vancouver which made production cumbersome. A similar national newscast with Tony Parsons from B.C. had already run on Hamilton's CHCH for several years.
When Newman moved to Ottawa the newscast sparked up and eventually got larger ratings than CBC's National, proving there was an audience for an early evening newscast.
And Newman was an innovative anchor--in 2004 he anchored coverage of the American elections from Global's Washington D.C. bureau studio.
In 2005 and again in 2006 he copped the Gemini as best TV anchor.
When I told Newman my anecdote about having a pre-arranged lunch at 21 with CBS living legend Eric Sevareid in New York --and the eightyish anchor had to be carried to the table --he said after "only" a decade he began looking around.
"It's about the longest I've ever stayed with something. Challenging? Yes. But I had other things to try, too."
Those "other things" include the meticulously researched hour documentary A Mother's Ordeal which recounts how a Peterborough mother was wrongly arrested and charged with the savage beating and murder of her two-year-old daughter.
Focusing on Brenda Waudby and painfully documenting her battle with drugs, the investigation shows how she was railroaded into confessing to battery charges by Peterborough police.
And on the surface she might have done it. Her face has been hardened from drug use. And she did lash out at her kids. On the night of the tot's death she was out partying, leaving the baby with a teenaged baby sitter.
"It's about rushing to judgments which are wrong," Newman says. Peterborough police had little experience dealing with homicides and let notorious coroner Charles Smith wrongly set a time for death that made Waudby the only possible suspect.
In fact the baby had been battered the night of the death and also raped which the coroner ignored. But Waudby maintains she was pushed into confessing to child abuse by the police and the Children's Aid society.
The recreation of the crime and subsequent events was meticulously directed by Julian Sher. And some scenes are very tough to sit through. But you won't be able to turn away it's so well put together.
And Newman has another hour documentary on Global the very next week (Friday May 13 at 10 p.m.): Execution Under Fire about a Texas man wrongly accused of killing three young daughters in an act of arson --modern investigative techniques have discredited the conviction but the Texas governor has refused to reopen the case. More on that one later.
My conclusion: Newman has another bright new career ahead of him.
A MOTHER'S ORDEAL PREMIERES ON GLOBAL TV FRID MAY 6 AT 10 P.M.
MY RATING: ****.