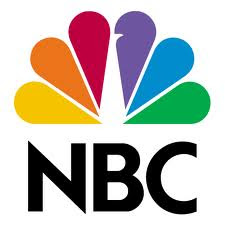 NBC is the first of the U.S. networks to announce a full schedule with the addition of three new dramas and three new comedies.
The Peacock-proud web definitely has a rebuilding chore ahead after last year's fiasco that saw the gigantic flop of Jay Leno's prime time talk show and the abrupt departure of Conan O'Brien when Leno returned to late nights.
But NBC is saving two biggies --the Steven Spielberg musical show Smash and the drama Voice until midseason.
Biggest news is that 30 Rock is being withheld Thursdays at 8:30 p.m.
On Mondays The Sing-Off gets expanded to two hours followed at 10by the new drama entry The Playboy Club.
Tuesdays is the same: The Biggest Loser at 8 and Parenthood at 10.
A new Wednesday comedy block starts at 8 with Christina Applegate in Up All Night, Hank Azaria at 8:30 in Free Agents and Harry's Law at 9. At 10 it's Law&Order: SVU.
On Thuirsday the lineup is: Community (8), Parks And Recreation (8:30), The Office (9), Whitney (9:30) and the remake of Prime Suspect at 10.
Chuck shifts to Fridays at 8 for its last season --it has been picked up for only 13 new episodes. Grimm is at 10 followed by Dateline NBC.
Saturdays are repeats and Sundays has NFL Football at 7 and at 8:15.
Got all that?
Posted by james bawden at 2:14 PM