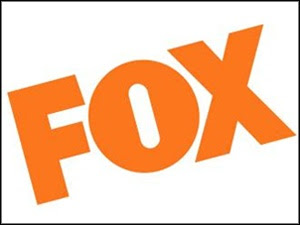 Fox has announced a fall schedule with few surprises.
What's powering the fourth U.S. Network these days are the performance-related hours from Idol to So You Think You Can Dance to the latest X Factor.
In fact X Factor will anchor the schedule on Wednesdays and Thursdays until Idol begins again in midseason.
The new dinosaur drama Terra Nova starts Mondays at 8 meaning House moves to 9 p.m.
Zooey Deschannel's new series New Girl and Raising Hope are the biggies on Tuesdays.
Jamie Pressley's new sitcom I Hate My Teenage Daughter runs Wednesdays at 9:30 .
On Thursdays it's Bones at 9 after the new series X Factor's results show..
On Sundays Fox has a new animated series set to go in the fall titled Allen Gregory. Another animated effort, Napoleon Dynamite, runs in midseason.
On Fridays it's Kitchen Nightmares at 8 and Fringe at 9.
Saturdays sees Cops at 8 and reruns at 9.
Sundays has The Cleveland Show at 7:30, The Simpsons at 8, Allen Gregory at 8:30, Family Guy at 9, and American Dad at 9:30.
The thing is Fox dominates in the all important 18-49 age group and has for the past eight seasons.
Such Fox duds this year as Lone Star and Running Wilde tanked early on but that didn't dent the Fox brand with younger viewers.
With Simon Cowell at the head of X Factor expect another huge reality hit.
The only big risk this year is Terra Nova which is a hugely expensive series.
And midseason comes the new J.J. Abrams entry Alcatraz.
Even if the new stuff fails Fox could remain well ahead in the demographics.
Got all that?
Posted by james bawden at 3:00 PM