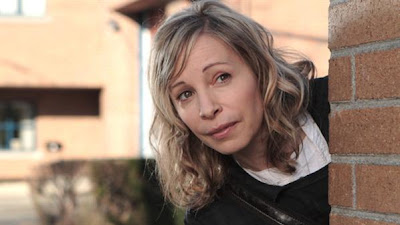 You really can't go home again on series TV.
At least not for a long time.
Take the case of proud Canadian Lorne Greenewho rode the Ponderosa for 14 seasons on Bonanza.
Audiences came to think of him as Pa Cartwright and when Green attempted new series (Battlestar Galactica, Griff) adiences only wanted him as the western family man.
Andy Griffith had the same dilemma after eight seasons on The Andy Griffith Show. He then endured three flops (Headmaster, The New Andy Griffith Show and Savage 1) before excaping his Andy of Mayberry tag in 1986 as Matlock
Ditto Mary Tyler Moore (three series disasters after The Mary Tyler Moore Show), Eve Arden, James Arness, Mike Connors.
All this is a long winded way of hoping three of the stars of the dearly departed Corner Gas find sitcom happiness in their two new ventures.
Corner Gas wasn't just a successful Canadian sitcom, it was an iconic celebration of the comedic joys of being a Canadian. It hit all the buttons and then some and could have gone on for seasons to come if only the team of writers and actors hadn't tired of the weekly grind grind.
First up there's CG creator and star Brent Butt who has created a new sitcom for his real life wife Nancy Robertson in the half hour comedy Hiccups.
It debuts Monday at 8 on CTV with the network hopeful of latching on to some of that post-Olympics euphoria.
A half hour later another CG alumnus Fred Ewaniuck debuts in his new sitcom Dan For Mayor.
And an awful lot of CTV production cash is hanging on the fates of these twin descendants of Corner Gas.
First up there's Hiccups. The very title gives me hiccups. I can only plead with Brent Butt fans to stay put and sample at least another episode besides the first which wobbles all over the place.
This 13-parter stars the talented Robertson as a ditzy writer of children's book and Robertson plays her character Millie Upton with nonstop comedic frenzy.
What's wrong with this gal anyway, she seems to be comedically overcharged, running helter and skelter, bobbing up all over the place. Sometimes Millie is mildly funny. Most of the time it's very wearying just watching her on the go.
Somehow she gets into the office of a "life coach" named Stan Durko played with the same deadpan humor as Butt exhibited on Corner Gas.
Here Stan is the straight man for all of Millie's comedic follies.
Right here I'd like to say I interviewed Robertson at a Toronto steak house during her CG reign and found her immensely likeable, warm, funny. What's not to like?
I just kept getting the feeling that in the opener she has to dash around in some fear that viewers might get bored and tune elsewhere.
Yes, Millie is supposed to be "nuts" or as I prefer to describe her "comedically challenging". Working around her there's a grand team of scene stealers who just might provide as much delight as much as the folk on CG if only we give them the chance.
There's David Ingram as her self absorbed agent Taylor Rymes who is beautifully dressed and turned out at all occasions.
There's her anxious piublisher Joyce (Laura Soltis) who wants to bring discipline to Millie's life, a little tough love and her star writer can be even more creative.
The slacker publishing house receptionist Crystal (Emily Perkins) is already very funny. And Stan has a bug-eyed wife named Anna (Paula Rivera), another comedy find.
Stick with this one. In Episode Two the leads suddenly find their characters and the story line is vastly improved. But will Hiccups become a national obsession like Corner Gas?
Stay tuned.
The CG brand of humor is again on display a half hour later in Dan For Mayor.
Three laugh masters put this one together: Mark Farrell and Kevin White (This Hour Has 22 Minutes) and Paul Mather (The Rick Mercer Report). All three also toiled on Corner Gas.
I thought the first episode totally hysterically funny but the premise is also improbable as Ewaniuck plays a thirtysomething bartender who runs for mayor of the fictional town of Wessex after his long standing gal pal deserts him.
If the city of Wessex seems familiar it's really Kitchener.
I happen to think Ewanuick has a gift for playing lovable losers. The humor here isn't really of the sitcom variety but depends on the actors bouncing stuff off each other. When they become better acquainted things will really get popping.
Co-stars include Mary Ashton as girlfriend Claire, Paul Bates as best friend Jeff,David Ferry as a grizzled bar owner, Benjamin Ayres as Claire's fiance.
Again the second episode is better than the first as the actors get deeper into their characters.
I want both new series to succeed. Canadian TV truly needs some big comedy hits.
We'll have to wait for audience acceptance.
Or is it too early for viewers to accept these three as new comedic characters while reruns of Corner Gas are all over the place?
HICCUPS DEBUTS MONDAY MARCH 1 AT 8 P.M. ON CTV.
MY RATING:***.
DAN FOR MAYOR DEBUTS MONDAY MARCH 1 AT 8:30.
MY RATING: ***.
Posted by james bawden at 11:27 PM