The Next TV Season 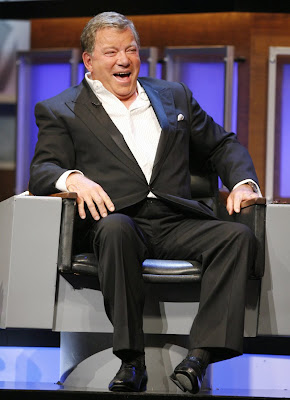 Forget about this TV seaason as soon as you can.
The networks already have. They're firmly on track for the next pilot season as they greenlight dozens of projects that may or may not premiere in September.
Here's what I've learned so far.NBC, the peacock proud network is in dire need of edgy 10 p.m. dramas now that The Jay Leno Show is but a bitter memory.
It's no secret the network has gone back to seasoned producers to request new product. And it's no surprise David E. Kelly (Boston Legal) has responded with --guess what --another legal show about a patent lawyer and his buddies who form a different sort of law practice.
NBC loves remakes --Recent examples include the resurrections of The Bionic Woman as well as Knight Ridder. So why does the news the web wants to reinvent The Rockford Files not surprise me?
From Jerry Bruckheimer (CSI) there's an hour thing called Chase that looks at U.S. Marshalls on the prowl for the most notoriopus American criminals.
There's a single-camera sitcom called The Adam Carolla Project which is being co-produced by Jimmy Kimmel among others and has Carolla as a single dad who's a building contractor.
Also high on NBC's list is the sitcom Nature Vs. Nurture about a heart doctor finding his real father and brothers decades after he was adopted by others.
CBS has to be concerned about its aging hour procedurals which include three CSI clones, Criminal Minds and Cold Case.But CBS is going ahead with a Criminal Minds spin off after the success this season of NCIS: Los Angeles.
And there's going to be a revived Hawaii Five-0 that will be shot back in Hawaii. Alex O'Loughlin headlines this one I'm hearing.
CBS has a hand over from 2009 called I Witness about a professor of criminology and former detective who uses mind games to solve crimes.
Eugene Levy and Kristin Kreuk are two Canadians set for the CBS sitcom pilot Living On A Prayer --all about an unmarried couple in Pittsburgh.
Another Canuck, Bill Shatner, is back yet again in Sh++ My Dad Says which is actually based on producer Justin Halpern's Twitter account or so he claims.
CW sources say Melrose Place will probably be cancelled after anemic ratings and could be replaced by a remake of the Toronto-made series Nikita but with a completely new cast.
And ABC? It all depends on the future of FlashForward and V.
From Grey's Anatomy maven Shonda Rhimes comes Off The Map to be shot in Puerto Rico focusing, of course, on three doctors in a tropical hospital.
And ABC also has the Jerry Bruckheimer hour pilot The Whole truth, yet another legal drama.
Poppy Montgomery (Without A Trace) may star in True Blue set in San Francisco and all about homicide detectives.
Among sitcoms Damon Wayans (My Wife And Kids) may do one about a couple who break up at the altar.
And Matthew Perry is peddling a sitcom comeback titled Mr. Sunshine where he'll manage a sports arena.
Got all that?
Posted by james bawden at 10:54 PM