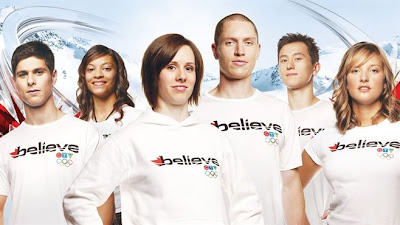 Of course CTV is in a collective tizzy over record numbers for its Olympics coverage.
I'm glued to Canadian coverage but I'm also taking selected peeks at NBC's take. And it seems to me these competing networks are covering very different Olympics.
CTV is emphasizing the Canadian wins, NBC goes for an American feel. So what is wrong with that?
On Saturday night CTV reports The Ladies Moguls Finals averaged a whopping 6.6 million viewers as Jenn Heil won a Solver medal for Canada. However, she was under tremendous pressure to deliver Gold wasn't she?
CTV says average coverage by its Broadcast Consortium Saturday averaged 1.4 million in the morning, 4.9 million in daytime and 5.4 million in what's deemed "Olympic Prime Time."
That means 27 million Canadians tuned in to some part of the coverage and that represents 27 per cent of the Canadian population.
Anyway you look at it mighty impressive.
Posted by james bawden at 11:44 PM