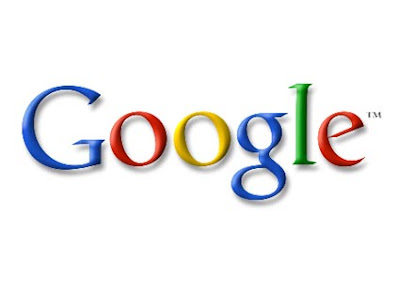 I'm no technonerd but even I have to use Google a hundred times a day.
In the old days at The Toronto Star I'd saunter in and out of the wonderful Torstar library dozens of times a day.I'd leave with sheefs of photocopies or newspaper clippings.
Now I just google what I want from the comfort of my home office and that's that.
A quite brilliant new documentary Google Word helped me understand all this with interviews with all sorts of Google insiders (but not the reclusive creators).
"We got access and were able to go inside this world to show outsiders how it works," reports veteran producer Ted Remerowski.
"The only restriction was not to report on any upcoming designs because the opposition would be instantly alerted and competition in the Silicon Valley remains cutthroat."
Remerowski's prowling camera shows us the layout which resembles a modern university campus or maybe the ultimate graduate school for computer nerds.
It really is a world unto itself. There's a laundry so workers don't have to waste time doing such a mundane thing. Attire is casual but everyone looks reasonably clean.There's athletic equipment, a treadmill here, volleyball court there, various eating stations. Yet, the atmosphere seems friendly, relaxed even although I noticed young males seem to outnumber females by more than five to one.
There's no paper in sight. Whiteboards are everywhere and after an important meeting an associate will take a picture of the board and send a copy to all concerned.
It certainly is a different environment from the Star where paper was everywhere, the atmosphere was tense before deadlines and people spent their time reading. At Google nobody seems to read books at all which to me is alarming.
Remerowski's carefully crafted set of visuals tell half the story.
The rest is filled in by original employees who say it all really did start in a barn. They contribute to a group oortrait of the founders Larry Page and Sergey Brin that's compulsively watchable.
"Of course I tried to get these two on camera," laughs Remerowski. " Each is worth what? Twelve billion dollars. So why would they want to do it? I was told they had stopped giving interviews about four years ago. When we were there filming I saw them several times. They're still there, still creating." Page, 36, is president of products, Brin,36, president of technology.
Their old professors and acquaintances tell us how Google was set up and how important it has been in the past ten years.
"It's the same kind of impact as when Ford cars revolutionized America a hundred years ago," Remerowski says. "A new society emerged. At first Google didn't make things. It revolutionized the search process."
Recently that search engine has been stalling I'd argue. Content providers like newspapers (including The Toronto Star) are on the ropes financially while the carrier of their information reaps all the profits.
But if Google could create such a revolution from a garage what about the next generation of nerds in another gargage making similar sweeping chAnges? That's what clearly disturbs Google today.
Facebook seems to be the next great wave and in retaliation Google will make a similar rival. There's also the gphone.
Google receives a million job applications a year and Remerowski discovered one 22-year-old associate productr manager is a Canadian, Jeff Harris. Like all Googleites he's encouraged to spend a fifth of his time just thinking about future endeavours for the company.
Remerowski deals with the January cyber attack on Google and talks with the head of Google China. We visit the vast storage basin in North Carolina. Filmed in China, Russia, the Googleplex and Google Canada, this 44-minute look at the phenomenon of our times ends on a fretful note.
Some excellent employees have recently drifted off to return to their roots: neighbourhood garages where the first major challenge to Google may be percolating away even as we google.
GOOGLE WORLD IS ON ON DOC ZONE ON CBC-TV THURSD. FEB. 11 AT 9 P.M.
MY RATING: *** 1/2.
Posted by james bawden at 11:54 PM