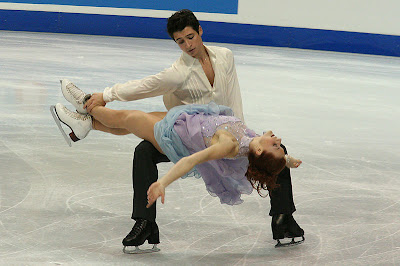 CTV says 7.05 million viewers were still up and watching the Olympics at 11:38 when Tessa Virtue and Scott Moir danced their way to gold medals in Ice Dancing.
More than 15 million Canadians watched some part of the four-hour event which averaged some 3.5 million viewers.
Ice Dancing on Rogers Sports Net proved to be its biggest ever audience grabber and the first time it went over the two million viewers mark to 2.03 million.
Olympic daytime averaged 2.3 million viewers and Olympic Prime Time averaged 5 million.
CTV says "25.2 million viewers have watched Consortium Coverage on Monday.
Posted by james bawden at 10:18 PM