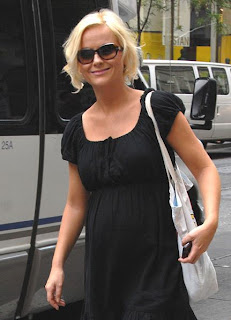 Decisions! Decisions! It's D-Day for NBC on Monday with the peacock proud network due to announce its fall schedule.
What series will be picked up, which ones dumped?
And what new series will find favor with the low ranked network?
NBC's momentum was sidelined with the sudden, dramatic death of the vice president of drama development Nora O'Brien who died on the set of the pilot project Parenthood. That put back by at least a day screenings for NBC brass.
So far the executives are said to be high on a Chevy Chase sitcom called Community. But also in the running are David E. Kelly's Mad and Dick Wolfe's Found. Kelly has a string of hits including Boston Legal while Wolf produces the Law & Order procedurals for NBC.
But just as important are the series NBC must dump. Don't forget at 10 p.m. in the fall Jay Leno will debut his new talk show. The absence of 10 p.m. drama slots means a number of hours just have to go.
My NBC sources say as of Sunday that Medium got a pick up as a midseason replacement. And the new series Southland was also picked up. Apparently Parks & Recreation with Amy Poehler will be picked up by the time NBC starts strutting its stuff at the annual affiliates convention.
That leaves fate of Chuck and the venerable Law & Order still to be decided. One network source says My Name Is Earl will be back but there are contractual problems still to be ironed out.
But  I hear of the Law & Orders only SVU is definitely back for a full season although its two big stars (Mariska Hargitay and Chris Meloni were asking for more money).
NBC claims after a weekend of screening NBC brass are highest on these pilots: Community, Parenthood, Trauma among others.
NBC needs all the help it can get --such new series as My Own Worst Enemy and Kings crashed in the ratings leaving NBC mired in fourth position. And while Southland has been renewed it was a 10 p.m. series that slot is reserved for Leno and industry insiders are wondering how it will fare at 9 p.m.
I've already given you what I know about the ABC schedule. Just read my April 23 item.
But CBS is harder to crack. The network is Number One in the ratings but boasts an unusually high number of long time series like its CSI franchises. It had one major new hit this year in The Mentalist.
CBS isn't due to make its announcement until May 290. It has time to wait because it alone gained viewers this season unlike NBC and ABC.
PICTURED: AMY POEHLER.
Posted by james bawden at 12:01 AM