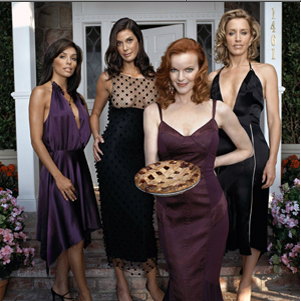 It's that time of the TV calendar when series expire. Some will be back in the fall but for others it's a sad finale. Here are the ones I'll be watching:
TUESDAY MAY 12:
You can watch the season finale of the Buggest Losers: Couples (NBC at 8). but include me out. But I will be tuned to the first season finale of Fringe (Fox at 9) if only to see the greatish Leonard Nimoy in a guest role. Since the series was created by J.J. Abrans who also uses Nimoy in the Star Trek movie currently smashing attendance records I can only hope this will be a real cliffhanger finish.
WEDNESDAY MAY 13:
The only finale tonight is the seasonal farewell of America's Next Top Model (CW at 8) so if you're in a schlockaholic kind of mood go for it.
THURSDAY MAY 14:
Now comes the really big one: the cliffhanger on Grey's Anatomy. Rumors persist that one of the big names will get it for talking back to the producers. Biggest candidate seems to be T.R. Knight who has publicly bad mouthed the show for giving his character so little to do this season. But Katherine Heigl has also had some negative things to say. So look for Knight's character, George, to be injured as an Army medic, that's my prediction (ABC at 9).
FRIDAY MAY 15:
I watched Prison Break the first year and really got into it. Subsequent years did nothing for me and now the once top-rated series is dead in the ratings.  Originally I liked the story lines of brother (Wentworth Miller) helping brother (Dominic Purcell). Then cannibalism was introduced, weird stuff about Panamanians, you name it. Now comes a finale promising a return of the best ever bad guys so I'll watch out of nostalgia for the first year (FOX at 8).
SATURDAY MAY 16:
Say goodbye to Saturday Night Live for the summer. Next season SNL Updates will be running in the Thursday night comedy lineup from time to time.  Will Ferrell is in this one so its virtually a must-see (NBC at 11:30).
SUNDAY MAY 17:
Loads of season finales tonight. There's Extreme Makeover: Home Edition (ABC at 8) but I always wonder how these poor families are going to be able to pay the property tasxes on their brand new homes?
It's up against the season finale of Survivor which has had one of its better years I feel (CBS at 8).
And yjen comes Desperate Housewives in a two-hour finale. The return last week of Gale Harold after a near critical motorcycle accident gave the show its best rating of the year. So watch for Harold to be asked to return next year. The finale plot is marvellously convoluted but I'll still miss the departed Nicolette Sheridan. Why did they have to go and kill her off anyway? (ABC at 9).
Posted by james bawden at 3:13 PM