The Bubble Has Burst 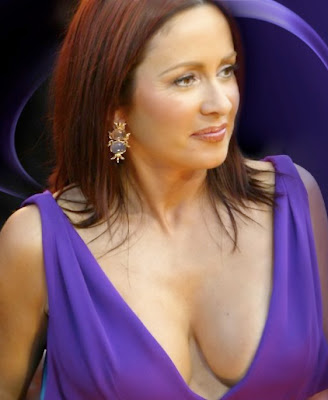 "On The Bubble"--it's a media term for a TV series that has yet to be cancelled or picked up.
But as the U.S. networks finally begin unveiling their fall shows the bubble burst for a number of series.
NBC has now definitely cancelled Medium and My Name Is Earl while CBS gas axed The Unit. And ABC has definitely cancelled Samantha Who bnecause of its high budget..
But don't count Medium out yet. CBS is understood to be interested in the series for pairing with Ghost Whisperer on Friday nights. A deal is said to be in the works but there's nothing in writing so far.
20th Century Fox which produces My Name Is Earl is said to be shopping the sitcom to both ABC and Fox which makes sense.
And ABC has finally unveiled its fall season. New hour dramas include the sci fi entry Flash Forward (Thursdays at 8), The Forgotten (Tuesdays at 10) and the supernatural drama Eastwick (Wednesdays at 10).
The trade papers are already saying Flash Forward does not mesh with Grey's Anatomy at 9 and Private Practice at 10.
New sitcoms  include Hank with Kelsey Grammer, The Middle with Patricia Heaton and Cougar Town with Courtney Cox.
Clearly the 10 p.m,. slot will be up gor grabs with NBC going with Jay Leno weeknights at 10.
ABC President Steve McPherson also told the press Grey's Anatomy has signed both Katherine Heigl and T.R. Knight for the next season. Zack Braff will be back for at least six new seasons of Scrubs. And ABC plans on running off the seven unused episodes of Samantha Who sometime this summer. Got all that?
Posted by james bawden at 6:10 PM