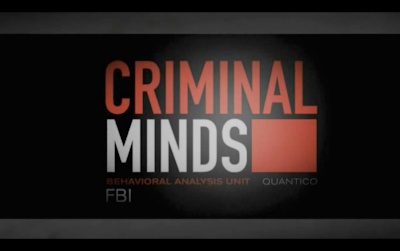 Those big American TV networks are counting every penny these days. Not only are casts going to be scaled down come the fall but writing staffs are also being pared.
Blame it on two evils: the Great Recession which certainly won't be over by September and the continuing tricling away of viewers to the cable TV opposition.
The L.A. trades are filled with stories about NBC's Brothers & Sisters cutting back cast in a strange way: not all the players will be in every episode to help trim costs.
On CBS's Cold Case I'm hearing salaries may be pared. It's the same with those top-rated CBS procedurals --like the three editions of CSI and Criminal Minds--the network doesn't have the cash reserves to support such top heavy casts anymore.
TV series success used to be called "The Survival Of The Fattest".
Now the buzzwords are lean and trim, two reasons NBC's frosh police series Southland got picked up for the fall. Only four writers are listed in the credits and that will be about it in the fall, a far cry from some prime time shows.
I'm often asked what was the most expensive drama series of all time.Answer: that would be ER during its heyday when cast salaries drove the cost of an hour episode to $10 million a week.
NBC could pay that price because the ratings for the peacock proud network's entire Thursday night lineup were amazing. But when the numbers dimmed even ER became vulnerable and it won't be back this fall.
CBS is said to be paring the writing staff on its CSI franchises, one of the web's costliest. Also dropping writers is Criminal Minds. The usual budget for writing staff per episode is estimated to be as high as $120,000 and may be down by as much as a fifth.
There'll be fewer rewrites of key scenes, less attention to detail with scripts focusing more on interior scenes rather than costly exterior location shoots.
Will you still be watching if quality deteriorates?
After marathon negotiating sessions all about the cost Fox has finally renewed Bones for next season (made by sister 20th TV). Other Fox dramas picked up include Dollhouse, House, Lie To Me, fringe and 24.
Maybe networks will decide to cut back on episodes. Raymond Burr told me in the early years of Perry Mason he'd be starring in 36 new episodes a year.
The number gradually got whittled down to 22 and such cable hits as Mad Men are through after 13 new episodes.
In this painful era of retrenchment there are few choices. Cut talent or cut episodes, it's that simple. Or maybe both when economic times are that tough.
Posted by james bawden at 10:30 PM