Why Not A Made In Canada TV Schedule? 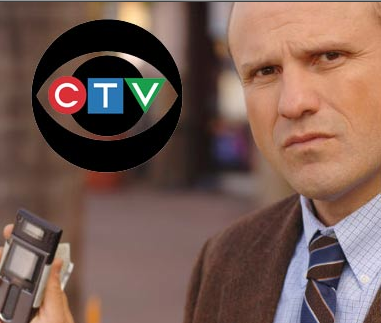 Variety, the "Bible" of the entertainment industry has a dandy story about the annual migration of top Canadian TV executives to Hollywood to purchase fall series.
But Bill Brioux had the story first on his TV blog TV feeds My Family. Check here to read it.
Basically CTV and CanWest programmes are screening the pilots in darkened backlot theatres.
But only a few weeks ago representatives from both networks were crying the poverty blues before a startled CRTC (Canadian Radio-Television And Telecommunications Commission).
Last year Canadian webs spent over $700 million to snap up American fare which is 10 times what they spend on domestic production.
With a recession blazing away and the decline of competitive bidding there should be a sharp decline in prices this time out.
Of course in the old days CBC executives headed by Thom Benson would laze around the Beverly Wilshire pool and force studio executives from MTM, Columbia TV, Lorimar to make their cases.
One year CHCH took a huge gamble that did not pay off in buying all the Lorimar product (excepting Dallas which CBC had tied up) and wound up with a stack of lemons. That bad judgement call started CHCH's precipitous decline.
Once Grant Tinker of MTM raged that CBC was paying a mere $2,500 an episode for The Mary Tyler Moore Show but he couldn't shop it anywhere else. CTV in those days routinely picked up CBC rejects and those CTV didn't want went to CHCH.
But the prices kept going up. One year Yvan Fecan got heated up when I disclosed CBC's price for buying the new series thirtysomething (Fecan was a CBC executive in those days)--it was $75,000 an episode. Today prices for top shows are triple that and maybe even more.
But all this spending on U.S. product ties Canadian networks to their Manhattan counterparts. Much of the CTV and Global TV schedules are made in America: the Canadian networks routinely simulcast most of their U.S. imports for a bigger ratings return.
Buying so much American product has made them vulnerable to the ratings declines experienced by the traditional Big Four U.S. webs.
If only our home grown networks had more faith in Canadian talent. tTe time is coming when viewers will be able to hop and skip past the artificial electronic barriers imposed at the border and watch any American show they want.
There's a computer geek up the street who promises to show me how to get into "Hulu", the new webcast site of Universal and NBC but supposedly not available as yet in Canada. But apparently there's a "back door" route.
Now is the time for CTV, Global, E!, Citytv and A-channels to start  "Canadianizing" their schedules. They'd better do so quickly or risk irrelevance --or possibly extinction.
Posted by james bawden at 9:13 PM