Must See TV On HBO 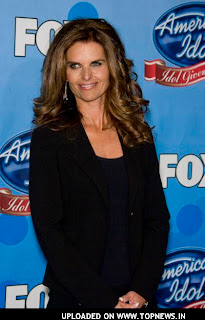 The DVD preview copies of HBO Canada's new documentary miniseries The Alzheimer's Project arrived at my front door. And I kept staring at the package for the next few days.
To say I was unenthusiastic about watching them would be an understatement.
But when I put on the first (of four) documentaries, The Memory Loss Tapes, I simply couldn't stop watching.
This is truly what TV is all about; here's something so ambitious and wonderfully realized it makes you realize the medium can be so much more than reruns and half-baked reality junk geared to the lowest common denominator.
Seven Americans with Alzheimer's are profiled and  a rich diversity of cases is revealed here. First up is an 87-year old country woman who can still drive her car, sing in the local band, make pies for her church. But she realizes she is slowly losing her ability to remember names and facts. Taking a battery of tests, she can't remember the word for the pocket calculator. She'll receive oral medication for cognitive skills but can never really get better. All she wants is to keep looking after herself.
Then there's the 82-year-old who must be told she can no longer drive her car and is being robbed of freedom of movement. Her memory has deteriorated to the point she no longer recognizes traffic signs and can't handle the gears of a car.
A younger case at 63 is fighting back by starting a blog about his condition even as he slips into severe depression.  "The person I was is not there anymore," he tells a psychiatrist.
We also see a woman in a nursing home who no longer recognizes her son and talks to herself in the mirror.
Another senior in another nursing home doesn't know what is happening until his family take him to a reunion of his old barbershop quartet and he bursts into somng remembering every lyric and intonation.
A segment titled The Fence looks at a case of a farm widow cared for by her daughter who has fenced in the property to prevent her mother from wandering away.
Amd finally we visit a kids' TV magician struggling to get to his next gig and not recognizing he is now bedridden.
Sequences were filmed in many states. There's no narration so viewers must come to their own conclusions. The editing is quite brilliant, no story ever dawdles. At times the compassion shown all these needy people will surely have you near to tears but there are patches of the darkest humor.
And this is not just about the victims, it's also about the care givers, the families and friends who have rallied in support.
The first documentary in the package runs a crisp 83 minutes and was directed and produced by Shari Cookson and Nick Doob. It deserves to win many awards and is a must see TV event.
The Memory Loss Tapes premieres Sunday night May 11 at 9 p.m. on HBO Canada.
The very next night, Grandpa Do You Know Who I Am, with Maria Shriver, looks at five stories of grandkids and their aging grandparents and is based on Shriver's book which was written when father Sargent Shriver came down with the condition.
The perspective of dealing with Alzheimer's is covered from the perspective of children who often cannot comprehend what it is like to simply be fading away. I watched and found it filled with insight-- for its half hour this is quite an amazing journey for viewers. The premiere is on HBO Canada Monday at 7:30 p.m.
It's followed at 8 by  Part One of Momentum In Science, a two-part two hour look at the steady advances in unlocking the secrets of Alzheimer's. Not only are patients at various stages tracked but we listen in to leading edge physicians talk about the remarkable advances in research in the past 20 years.
I thought this one might be too complicated to follow but the visuals are terrific and watching these two specials should make many people feel less anxious because there are ways of combating the illness if detected early enough.
Part Two of Momentum In Science is on Tuesday night May 11 at 8. An hour before at 7 there's another group profile Caregivers which looks at the patients who live at home to be cared for by family and friends.
All in all this is a remarkable package, the kind of TV we used to watch on CBC and PBS.
PICTURED:MARIA SHRIVER.
Posted by james bawden at 12:44 AM