The Sweeps Get Swept Away 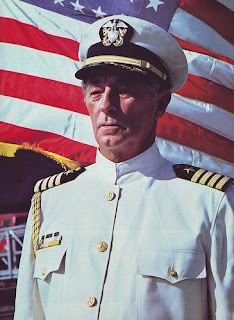 Whatever happened to the May sweeps?
The month of May was traditionally the hottest TV month of the season. Dozens of series farewells and cliffhangers, specials every night, new miniseries and TV movies. But all that has changed because of the competition from cable TV networks.
Sure, there are going to be some dandy cliffhangers like who gets married and who dies on Greys Anatomy.
But other shows have already said farewell like ER. Other shows like Life simply vanished without a formal ending.
And what about the magnificent miniseries we could watch like The Winds Of War which was on two or three nights every other night?
Well, my U.S. sources are admitting the traditional networks are really hurting these days. Unlike the 1980s when the Big Three routinely took 90 per cent of the American TV audience these days it's a close fight between traditional webs and cable weblets.
With revenues crashing due to the recession networks no longer have the luxury of ordering up buckets of pilots. ABC seems to buy many of its new shows from parent company ABC while CBS plays "homer" with Paramount series and NBC shops from parent Universal.
Unlike the old networks cable fare goes on right through the summer without resorting to reruns.. Mad Men became a big hit precisely because it started up in August.
And as far as "minis" and TV movies go when was the last time you saw anything of them on the BigFive (I'm adding Fox and CW)?
And industry observers like Variety have also complained it no longer really matters because there are few daily newspaper critics left to comment on any possible rivalry. TV critics are an endangered breed --just like the traditional U.S. networks.
PICTURED: ROBERT MITCHUM IN THE WINDS OF WAR.
Posted by james bawden at 2:42 AM