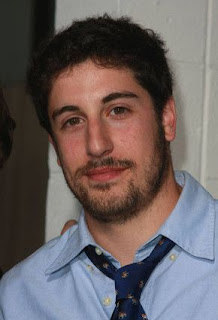 Forget about the current TV season. It's toast as far as the U.S. networks are concerned.
Instead everybody in L.A. is all excited about the new pilots most of which the viewing public will never get to see.
One surprise: in these recessionary times the networks are splurging on pilots some of which will get green lighted into series for the 2009-10 TV season.
I've canvassed my L.A. sources and here's what I can tell you. Showtime startled everyone by financing four pilots and then passing on all of them including the well regarded pilot by Tim Robbins all about the U.S. pharmecutical industry. Titled Possible Side Effects, it co-starred Ellen Burstyn and Josh Lucas.
CW which used to be the WB and UPN networks before a merger has predictably bank rolled a Gossip Girl spinoff set in the 1980s and looking at a young Lily van der Woodsen. And there's the remake of Melrose Place which tested so high it's a sure bet for a series spot.
CW comedies include a U.S. version of Ab Fab it is said to be high on. Another is Eva Adams which looks at a sexist sports agent finding he has been turned into a woman.
CBS which has few spots to fill (it is No. 1 in ratings) is hot on the sitcom Ace In The Hole with Adam Carolla as a driving instructor. And there's Jason Biggs in the sitcom Happiness Isn't Everything. Drama possibilities include a new medical entry from Jerry Bruckheimer (CSI) titled Miami Trauma and one from directors Ridley and Tony Scott called The Good Wife (the wife of a Washington politico ia a district attorney).
NBC is touting a Kristen Chenoweth drama Legally Mad, Bradley Whitford in the sitcom Off Duty (it's a bromance), Day 1 (a Global catastrophe). But remember NBC is losing five prime time hours --weeknights at 10--to the new Jay Leno comedy-variety outing.
ABC says it likes Patricia Heaton in The Middle--it's set in the American MidWest. And her former co-star Kelsey Grammer is a Wall Street lawyer who lost everything in the recession in Pryors. Remakes include Eastwick (based on The Witches Of Eastwick), V (remember the 1980s miniseries?) and Limelight (set at a New York city performing arts school or shades of Fame).
Now don't get too excited about any of this. the. One of the worst pilots I ever saw was Welcome Back, Kotter  (1975) which initially seemed to be a sort of Blackboard Jungle. But ABC listened to the criticisms and rewrote the show into a hit.
Then there was the strange case of The Good Witch Of Laurel Canyon  (1976) which was sold based on the chemistry of Kim Cattrall and Aret Hindle. CBS promptly retitled it (Tucker's Witch), recast it with Tim Matheson and Catherine Hicks and their lack of sparks doomed the actual series to instant trash can status.
Best ever pilot I ever saw: Tenspeed And Brownm Shoe (1980) but the actual series lasted a few months. All the plot had been used up in the pilot and co-stars Ben Vereen and Jeff Goldblum had nowhere to go.
And just a few years ago there was the brilliant pilot Crazy with David Julian Hirsh and Lara Flynn Boyle which was judged too good for TV and CBS passed on it.
So let's not get too swept away by TV's pilot season until we see the actual new series debuting this September.
Posted by james bawden at 11:51 PM