Diamonds In The Rough 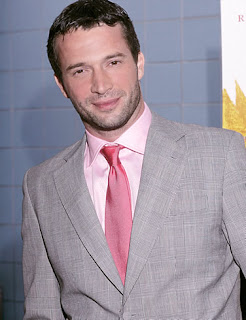 Whatever happened to that TV staple, the miniseries? Glad you should ask because a rare miniseries, the Canadian-South African co-production Diamonds is on CBC Sunday night at 9.
And it's very satisfying, a dual look at the world diamond trade photographed on actual locations in South Africa and Churchill, Manitoba.
James Purefoy (Rome) stars along with Judy Davis (Me And My Shadows), Sir Derek Jacobi (Cadfael), plus Canadians actors Stephen McHattie, Kris Holden-Reid and Joanne Kelly.
British director Andy Wilson helmed it and the main production company is Canadian, Sierra Films.
But I submit Diamonds won't be getting as much of a bang in the ratings as it deserves because Part II comes a week later, next Sunday (April 12 also at 9).
In today's world of hundreds of competing channels, the conclusion should come right after --Monday or Tuesday at the latest.
The story will remind you a bit of a Dynasty among the diamond fields. Jacobi  is Piers Denmont, head of a vast diamond empire but is usurped from control by his wastrel son Lucas (Purefoy).  Davis is bitter U.S. senator Joan Cameron whose daughter was killed as she filmed exploits at one of the company's Angolan mines.
In charge of the expedition was geologist Stephanie Dresser (Joanne Kelly) who is later given an assignment to find diamonds in Canada's North.
Watching Diamonds will test whether viewers are ready to hunker down for two solid hours on a  very competitive Sunday night.
After all it's been a while since a major network offered a new TV movie or miniseries --the genres were considered terminal not only because of the expense but also the change in viewing habits. Younger viewers seem to watch faster paced material mostly in the shape of reality shows.
Diamonds is worth your time. The barrative (David Vainola wrote it)  effortlessly skips back and forth from Washington to London to South Africa and the piece is chock full of violent, disturbing incidents.
But it's not just about diamond mining --it's about greed, the corruption of  petty dictatorships, the ruthlessness of the diamond cartel. There are some romancing scenes but they are interspersed with chilling reminders of the cheapness of human lives when millions of dollars are at stake.
The majority of urban scenes were filmed in seven weeks in Johannesburg with Natal standing in for west Africa, Sierra Leone and the Congo. Then came the second remote location in Churchill, Manitoba.
It just so happens I took high tea with the amiable Purefoy last year when he was filming another Canadian miniseries The Summit.
At 44 he really was as dazzlingly handsome in person as on camera so much so that he'd just played Beau Brummel in a British made TV movie. The writer of the Daily Telegraph piece referred to his "bimbo image" and his  nickname of "Puresex" but in person he is well versed in politics and the international situation.
Certainly his turn as Mark Antony in the series Rome added to his sex appeal: we first spotted him naked in a field humping a bewildered shepherdess. But because of Rome he couldn't play James Bond (he had a five year TV contract that only lasted two years) so Daniel Craig got the coveted part.
He swore on that particular day he'd never do another TV series and certainly wasn't looking for work in L.A. like a lot of other Brit pack actors but I'm told he is currently shooting the new series The Philantropist for NBC.
RATINNG: A-.
PART 1 OF DIAMONDS IS ON CBC SUNDAY NIGHT AT 9. THE CONCLUSION IS ON NEXT SUNDAY NIGHT (APRIL 12) AT 9.
RA
Posted by james bawden at 2:46 AM

Shame he didn't get the Bond gig.. he was made for it in every way and Craig is a poor substitute