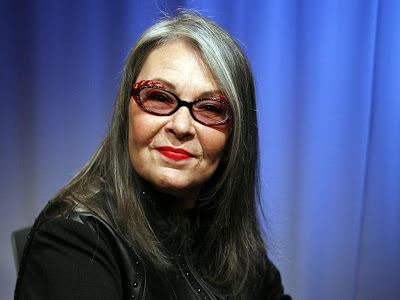 Every year around this time when I was TV critic for The Spectator or The Toronto Star --for 38 years --I'd write a column about the most promising TV pilots for the fall season.
It made for good copy and got readers all hot and bothered until they realized every September that the best concepts never make it past the the pilot stage.
It's universally agreed the best ever U.S. pilot was for a show called Tenspeed And Brown Shoe starring Jeff Goldblum and Ben Vereen which premiered in January 1980 and was dead by June of the same year.
What happened? All the money and all the plot was spent on the pilot. When the actually series started up it was terribly humdrum.
Ask the big bosses at CBS what was the most challenging pilot of recent years and more than likely they'll say Crazy which starred The Practice's Lara Flynn Boyle and was about life inside a private sanitarium where the medics are crazier than the patients. The acting was top. the script impeccable but CBS passed because the feeling was the material was just too challenging.
Over at ABC there's the grudging acknowledgement that the web financed the pilot for CSI and then declined to pick it up believing the story line demanded too much of its viewers.
CBS which needed a smart series Thursdays at 10 p.m. picked it up and two subsequent sequels CSI: Miami and CSI: NY. And ABC has been on the hunt for smart, sassy series ever since.
NBC financed a Chicago-based legal pilot starring the fantastic actor David Tennant from Dr. Who who apparently was in top form. But one look at the finished product convinced the peacock proud network it was simply too complicated for ordinary viewers.
Think of the pilot craze this way: Mary Tyler Moore began her vaulted CBS sitcom with no pilot but with a firm order for 26 episodes the first year. And the show is now acknowedged as one of TV's best ever.
Later on Mary tried two more sitcoms for CBS: Mary and Annie McGuire and both flopped badly although the pilots had tested successfully with audience groups.
I remember one day during the TV Critics tour in L.A. in 1990 when an NBC vice president told a bunch of us he had a dog in his library he wanted to show us. "It's about nothing!" he groused and it was the pilot for Seinfeld which had been sitting on a shelf for six months.
When NBC finally ran it Wednesdays at 9:30 it bombed but executive producer Rob Reiner later told us he got on his knees and begged for a better slot. NBC re-ran the show that summer Thursdays at 9:30 and a number one show was born.
This year the big trend involves bringing in fresh faces from outside the U.S.
Aussie Jesse Spencer has the lead in a CBS pilot called Chicago Fire. Aussie Rachael Taylor is set for the soap 666 Park Street. Brit Janet Montgomery has the lead in Baby Big Shot and another Brit Theo James has the lead in CBS's pilot Golden Boy. Irish Amy Huberman has the lead in the NBC comedy Animal Kingdom And Canadian Colin Ferguson stars in the Fox comedy pilot Like Father.
Now that I've managed to scare you half to death I can report that ABC is high on a new sitcom starring Doris Roberts as one of three sisters running a Texan diner.
Or that Sarah Chalk is in another ABC sitcom called How To Live with Your Parents For The Rest Of Your Life.
ABC even has a pilot based on the old British hit Only Fools And Horses. Let's' hope it succeeds better than the last remake of a U.K. hit --Prime Suspect.
ABC has yet another reworking of Beauty And The Beast in the works plus Captain Jack, John Barrowman has signed for a soap set in an 1895 hotel called Gilded Lilys and Toronto's Scott Speedman is part of a nuclear submarine team being pursued by NATO in Last Resort.
CBS has very little need of replacements Johnny Lee Miller to play a modern Sherlock stumbling around New York city in Elementary. THe success of a British version now on BBC is strange. CBS also says Mira Sorvino has signed to play an ordinary mom turned state trooper in Trooper.
NBC which needs help anywhere it can get it has a comedy starring Bill Pullman and Brittany Snow set in the White House. And Roseanne Bar and John Goodman are co-starring once again in a trailer trash comedy called Downwardly Mobile. Matthew Perry in Loss is a sportscaster trying therapy sessions. And Sarah Silverman has written a comedy about her single life called Susan 313.
Will any of these make it?
A few will, most will quickly be forgotten.
Posted by james bawden at 9:51 PM