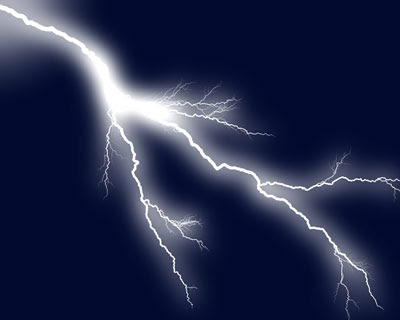 You're not going to spend three solid hours of TV watching Sunday night on the Golden Globes are you?
Of course not, admit it!
Well, there are two dandy new documentaries on against that star studded non-event and both of them I can enthusiastically recommend.
So tune them in at tyhje first sign of awards ennui.
First up there's filmmaker Jennifer Baichwal's positively brilliant look at lightning called Act Of God.
I've just finished watching it and here it is 3 a.m. I couldn't stop, this is compulsively viewable especially when a lightning survivor talks about the night he and friends were all struck by lightning that rendered them all unconscious.
Only one mate did not survive --he began coughing his guts up, the lightning had seared his insides.
And the guy ventures back to the spot where it happened so many years ago and how that random act turned his personality around and made him a writer of substance.
Baichwal also interviews a storm chaser, Mexican moms who lost their children during lightning strikes at a religious festival --it's all packed into an hour.
CBC's DOCUMENTARY CHANNEL RUNS THIS ONE SUN. JAN. 17 AT 8 P.M.
RATING: *** 1/2.
Then there's the new British made doc Erasing David which has TV reporter David Bond trying to search out all the electronic storage systems that keep files on him and what he can do about it. So he goes underground and hires a private firm to track him down using all those Internet sources many of us are only dimly aware exist.
It's a fascinating cat and mouse game, quite tense at times and shows how persona; data can be extracted from any number of sources provides one knows how to retrieve the data. Highly recommended, it proves Britain is one of the most security conscious countries in the world.
ERASING DAVIS IS ON THE PASSIONATE EYE SUN. JAN. 17 AT 10 P.M. ON CBC NEWS NETWORK.
RATING:***1/2.
Posted by james bawden at 2:07 AM