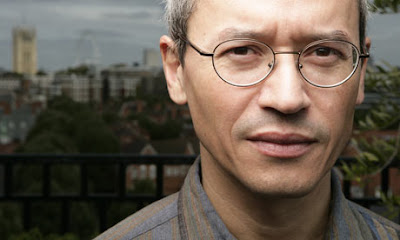 This well made documentary had me guessing. I looked at the title and supposed it was all about how World War II comic books socked it to Hitler and Hirohito.
Boy was I wrong. Comic Books Go To Wart looks at current conflicts and how writers and artists are channeling their thoughts on warfare into an odd fitting medium: comic books.
When I was a kid comic books were trivial and fun. But a new stream of comic creations has dared dramatize all the ugly realities of killing fields from Bosnia to Afghanistan.
And it seems these wars can be better explained to readers in comic book form with emphasis on the sufferings of one particular family rather than a whole nation.
In short here is a truly new art form called comic journalism.
The narrative starts with the impressive comic book Palestine drawn and written by Joe Sacco (pictured above). He tells us he is every inch the war journalist but using a different form. This is the conflict as seen through his particular lens and perspective and drawn in sharp, blunt bursts of energy.
Ted Rall who authored another comic book sensation To Afghanistan And Back tells of experience postwar trauma after witnessing many of the horrors. He says he was not a normal journalist out on yet another foreign assignment but somebody who used comic journalism to bang home his conclusions of war.
A Japaenese cartoonist chose the comic book form to write about a childhood spent in Hiroshima in the years after the A Bomb was exploded. Art Spiegelman may have jump started the whole genre with his comic book Maus on The Holocaust showing Jewish victims as mice as their Nazi tormentors as rapacious cats.
Marjane Satrapi in Persepolis drew her feelings of growing up in a repressed Iranian society. Joe Kubert went from creating the action comic book hero Sgt. Rock to drawing Fax From Sarajevo looking at one family's flight from the destruction.
All say they consider themselves story tellers using a nontraditional forum and making more accessible to the public true accounts of what modern warfare means. Whereas people might shy away from reading a large volume about the atrocities why not concentrate on what one family had to endure?
Writer-director Mark Daniels has interviewed the top creators and presents his compelling narrative in a fast flowing but not cartoonish style.
COMIC BOOKS GO TO WAR IS ON THE PASSIONATE EYE WED. JAN. 27 AT 10 P.M. ON CBC NEWS NETWORK.
MY RATING: ***.
Posted by james bawden at 8:48 PM