The Downside Of High 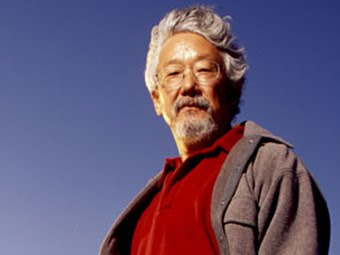 So there I was three decades back in a stuffy CBC editing suite on the fifth floor of a dingy office building at Bay and Carlton streets in Toronto.
Why was I there you may well ask.
Because that's the way I used to preview upcoming TV shows that's why.
In 1979 there was no DVD let alone VHS. A few TV series were sent to me on three-quarter videotape. But mostly I had to spend countless hours at the various network headquarters or in film editing suites all over Toronto.
The show on that particular day in 1979 was the next installment of The Nature Of Things and threading the film through the projector was executive producer Jim Murray.
And it's strange that all these decades later I'm watching the DVD of the latest Nature Of Things' opus, The Downside Of High. And I'm thinking of Jim.
Because of Murray TNOT is still around. 'Way, way back then he told me CBC had the funds for only one nature/science show. But there were two then on the air --the other was the higher rated This Land.
But Murray proposed personalizing his series, bringing in a host people could look up to and believe in.
Enter David Suzuki. Exit This Land.
And that's why I'm so high about The Downside Of High. It contains all the virtues of a TNOT production (it was written and directed by Bruce Mohun).
First of all its scientfic credentials are impeccable and,,yes, there are a bunch of talking heads. but it doesn't bother me. What talk! What they're saying all makes sense to me.
The subject is recent and groundbreaking evidence certain types of teenagers are suffering from schizophrenia brought on by marijuana smoking.
The researchers are telling us in interviews filmed in Holland, London (England), Sweden that smoking marijuana can double the risk of developing paranoia, hallucinations, in sort schizophrenia.
But what makes this hour compelling are the testimonials of three young people who bought into the myth that marijuana use was harmless. Today all three carry the residual effects and are still battling their mental demons.
It's all due to the growing potency of modern marijuana which has a higher amount of THC than ever before --it's the psychoactive ingredient that poses such threats to the still developing teenaged brain.
Their stories make this hour virtually must see TV.
There's soft spoken, dreamy Tyler who started smoking up at 14 and experienced so many psychotic episodes he had to drop out of school. At 23 he lives with his mother and is very dependent on her.
There's Ben who lives with his parents and started smoking marijuana with severe adverse effects which led to a year of hospitalization.
And there's late starter Melanie whose intense usage of marijuana at 19 produced a three month stay in hospital.
All three meet in this film, exchange information about conditions which have a startling sameness.
The human touch. It's what has always made Nature so compulsively viewable. Other TV science shows tend to talk down to viewers.
And as I finish watching the finely tuned The Downside Of High --I couldn't stop watching for anything --I'm thinking again of Jim Murray.
THE DOWNSIDE OF HIGH IS ON THE NATURE OF THINGS THURSD. JAN. 28 AT 8 P.M.
MY RATING: ****.
Posted by james bawden at 2:03 AM